Changes to the rules for claiming the input tax credit (ITC)

What is the Process of Generating e-Invoice Under GST? 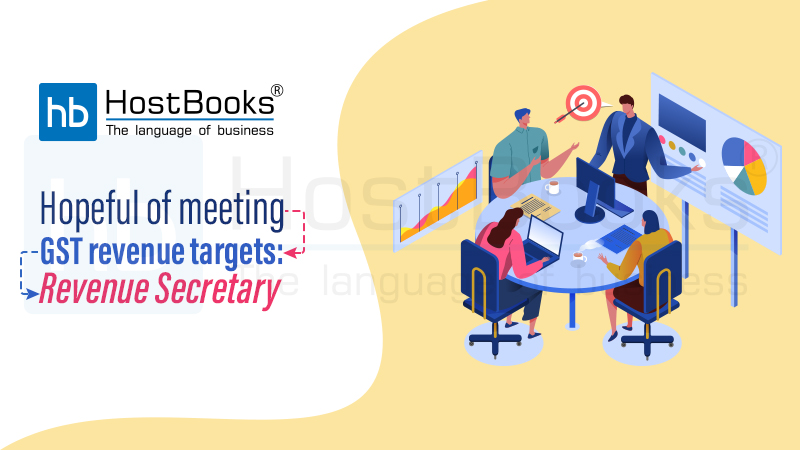 Revenue Secretary Ajay Bhushan Pandey has said that the government is in the right direction to meet its tax targets, in spite of the significant corporate tax cut. He also added that the measures taken on revenue and the budget can have an impact on the collection of personal income tax. Pandey strongly refuted the claim that the Goods and Services Tax (GST) was the cause behind the current economic slowdown, adding it has bought down the taxes on every commodity.

He expects GST collections to pick up during the second half of the current fiscal. However, he said that there is no possibility ‘as of now’ for any rate cut for the auto sector. Pandey said, “In the second half, at least I am optimistic that, there will be an improvement in the collection of GST revenue… now during the ongoing festival season and then in the final quarter we hope the collection will pick up.” He said the automobile sector is picking up, adding “if that sector picks up then definitely it will improve our revenue collection.”

These remarks comes at a time when GST revenue has dropped to a 19-month low in September to ₹91,916 Crore, a 2.67% decline year-on-year. During April-September, the total GST collection grew 4.90% and the domestic component grew by 7.82% annually, while the GST on imports showed a decline. Since GST is a destination-based tax, one of the reasons for lower collection is thought to be the current downtrend in consumption.

He asked, “If GST had some inherent problem, then what explains the good revenue growth in the first two years of its existence?” “In the month of August, large part of our country suffered severe floods leading to disruptions. Trade and business were also impacted. All this and the extension of the last date for filing the tax returns by one month has impacted the revenue in the last months,” he added.