37th GST Council Meeting to be held on September 20 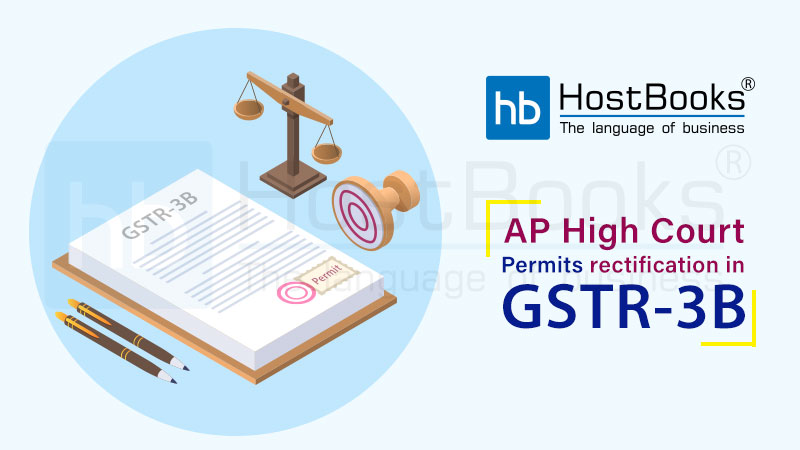 The Andhra Pradesh High Court has ruled that the GST Return Form – GSTR-3B – is a statement and hence a revision should be allowed. If implemented at the national level, it will be a huge relief for a large number of GST taxpayers not including those under composition scheme. As of June 30, there are more than 1.39 crore GST taxpayers, of which over 17.60 lakh have opted for composition scheme.

What is the Composition Scheme Under GST?

The composition scheme is applicable for assessees whose annual turnover is less than ₹ 1.5 Crore and ₹ 75 lakh in hilly and north-eastern states such as Arunachal Pradesh, Manipur, Sikkim, Uttarakhand, and more. They are required to pay a tax equal to 1 percent to 5 percent of the turnover.

All taxpayers, except those who have opted composition scheme, need to file GSTR-3B and pay tax on a monthly basis. This has to be filed by the 20th day of the following month. In addition, even assesses with NIL returns are required to file GSTR-3B. As of now, there is no provision for revision which makes things complicated for assesses.

The Petition for Revision

A Vijayawada-based firm Panduranga Stone Crushers approached the Andhra Pradesh High Court with a plea to permit it to manually make changes to GSTR-3B statements for four months – August and December 2017 and January – February 2018. It submitted GSTR-3B for the month of July 2017 to March 2018. However, according to the petitioner, while claiming IGST or Integrated Goods and Services Tax, it without realizing reported IGST input tax credit (ITC) in a column related to goods and services.

After hearing the arguments from both the sides, the Court permitted the petitioner to make changes to GSTR-3B statements for the sought period.