GST Council sets up a committee to boost revenue

Changes to the rules for claiming the input tax credit (ITC) 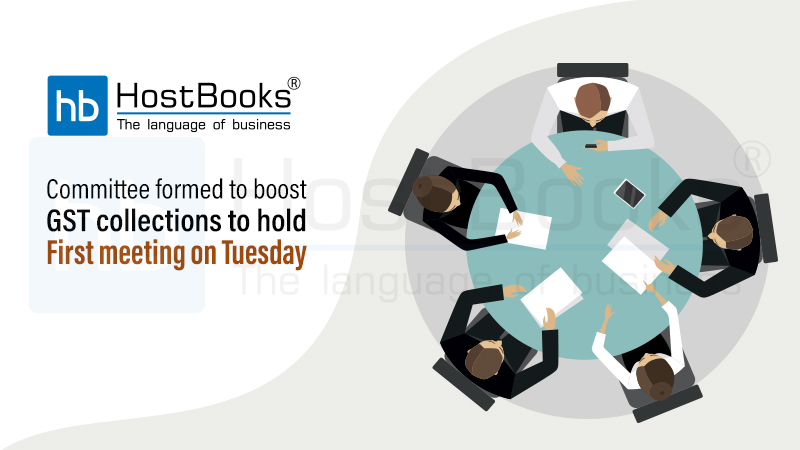 A high-level committee set up by the GST Council to suggest measures to boost GST revenue collection will hold its first meeting on Tuesday. The 12-member committee which constitutes of Central and State tax officials is also tasked to find ways to check evasion and expand tax base amidst the falling revenue collections under Goods and Services Tax (GST).

Mirroring the slowdown in the economy, the GST revenue collections dropped sharply to a 19-month low in September to ₹91,916 Crore. Rajeev Rajan, the GST Council Special Secretary said, “The first meeting of the committee is scheduled to be held on Tuesday, October 15.” He also added that the committee has been given 15 days period to submit its report. After the implementation of GST on July 1, 2017, this is going to be the first comprehensive review of the new indirect tax regime.

The GST Council Secretariat issuing a notification had said, “The committee should consider a wide range of reforms so that a comprehensive list of suggestions may emerge.” The panel has also been asked to look into “systemic changes in GST including checks and balances to prevent misuse” and suggest measures to improve voluntary compliance as well as policy measures and changes needed in the GST law.

The committee will discuss ways to identify abuse of the lenient approach taken by the government so far. This approach marks a shift in the government’s approach of handholding business during the transition phase of the new indirect tax regime.

Data analytics will be used extensively to crack down on tax evaders. If found, strict action will be taken against entities that have been flagged by the software system. The IT-based system allows tax officials to monitor in a non-intrusive manner to identify offenders