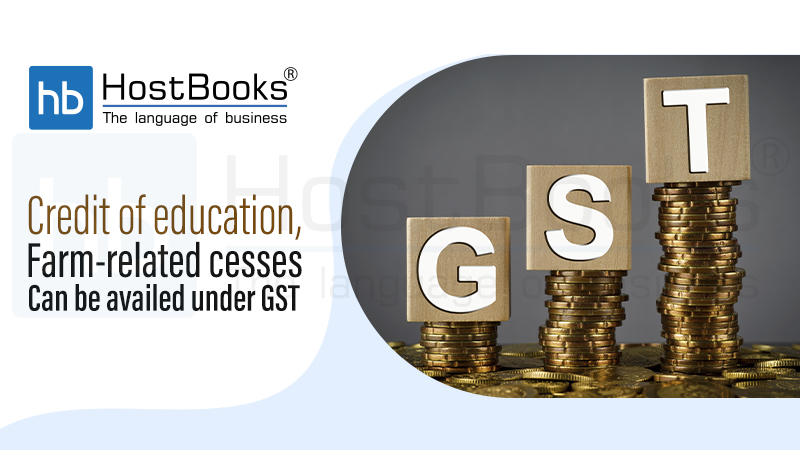 As a relief for many companies, the Madras High Court has permitted the transition of credit of Education Cess, Secondary/Higher Education Cess, and Krishi Kalyan Cess into the Goods and Services Tax (GST) regime. Since the High Court’s orders have precedent value, this particular order can be beneficial for taxpayers who cases are pending in various judicial forums.

The Education Cess (EC), Secondary and Higher Education Cess (SHEC), and Krishi Kalyan Cess (KKC) were levied during the pre-GST regime. The EC, SHEC, and KKC were introduced in 2004, 2017, and 2016 respectively. When GST was implemented on July 1, 2017, all these cesses were subsumed under the new indirect tax.

Assesses can file form TRAN-1 to transition the credit of EC, SHEC, and KKC into the GST regime. After the implementation of GST, the petitioner sought to claim accumulated credit of cesses against their tax liability. However, this request to avail accumulated credit was rejected by the tax authority stating that such credit could only be set-off against the specific taxes and duties as mentioned in the explanation of Section 140 of the GST law.

According to the assessing officer, as EC, SHEC, and KKC are not covered in the explanation, the same could not be carried forward. The petitioner was then instructed to reverse the said credits after which the company moved the High Court. The petitioner argued that the EC, SHEC, as well as KKC, are ‘credits’ which should be eligible to be credited, transitioned, and utilized, keeping in mind the explanation to Section 140.

Further, the petitioner added that the proviso to Section 140(1) specifically sets out the circumstances under which accumulated credit may not be utilized. However, there is nothing thereunder, to prevent the availment in question.

After hearing the arguments from both sides, the court rejected the argument of the Tax Department and said, “Accumulated credit cannot be said to have been wiped out unless there is a specific order under which it lapses.” The court further noted that there has been no instructions/notification/circular from the Central Board of Indirect Taxes and Customs (CBIC) to date stating that the accumulated credit has lapsed.