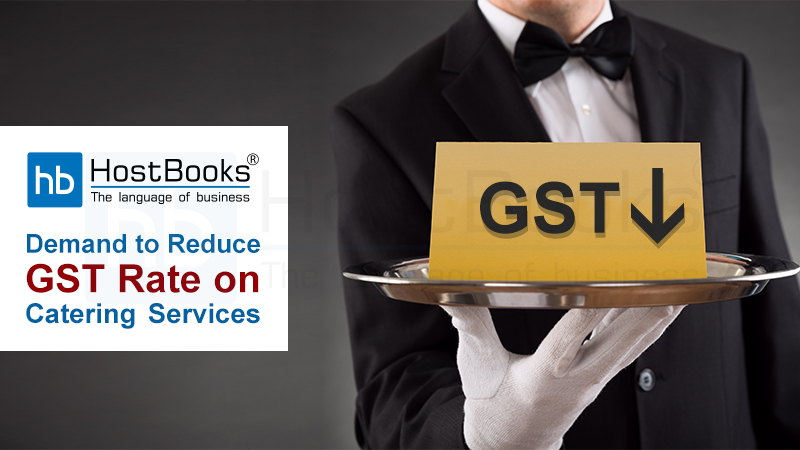 Source: The Times of India

Many caterers and hoteliers from across the country are urging the Centre to reduce GST rates levied on outdoor catering service from 18% to 5%. However, people wishing to spend less on weddings, birthday parties and other events will have to wait for some time because the demand for the reduction of Goods and Services Tax (GST) is yet to be realized.

The GST Council has not taken up the issue of tax rates on outdoor catering in any of its meetings. One of the representatives was hopeful for positive confirmation saying, “Union Finance Minister Nirmala Sitharaman is receptive and we hope our demand will be met soon.” The delegation also submitted a memorandum to Sitharaman.

The issue came into focus after the GST Council slashed the GST rates on hotels and restaurants. As a result, the food served in a restaurant now attracts a lower rate of 5% GST. However, consumers will have to pay 18% GST for food served in the party hall of the same restaurant. The delegation has asked the finance minister to look into and consider this anomaly.

The representatives were assured that the issue would be considered by the GST Council. They expect it will probably be taken up at council’s next meeting in August. An official who attended the current meeting said that the issue was on the agenda for this month’s meeting. The person, who is familiar with the matter, also added that it can be considered for discussion if the proposal is introduced from state governments. Hence, the delegation is also planning to meet finance ministers of all state through representatives of local units.

If the Centre lowers tax rates, it would also benefit employers and employees of private companies which run canteens operated by catering service providers. Apart from caterers, food coupon providers and companies which provide food and beverages to their employees are also seeking a reduction in tax rates.