CBIC blocks input tax credit due to mismatch of returns

E-invoicing under GST will have a positive impact on businesses 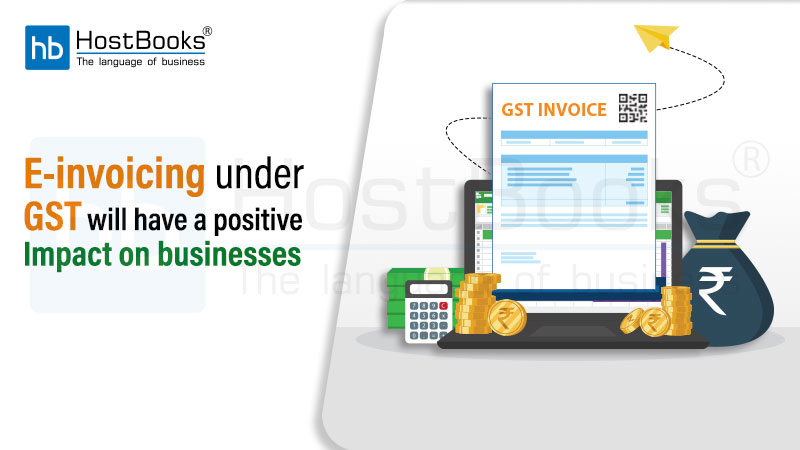 Following the decision by the GST Council in its 37th GST Council Meeting, taxpayers registered under Goods and Services Tax (GST) having an annual turnover of above ₹500 Crore has been notified to issue e-invoices. From 1st Jan 2020, it has been made optional to issue and will be made mandatory from 1st April 2020.

Electronic invoicing or e-invoicing is the future means of electronic billing and has been adopted by multiple governments internationally. It has been implemented in a staggering manner over an extended period of time, initially launching for Business to Business (B2B) and Business to Government (B2G) transactions.

In India, e-invoicing is being implemented for B2B transactions only hoping to curb tax evasion. It can also be considered as a major step towards a digital economy. Let’s dive into some of the benefits of e-invoicing in the context of Indian businesses.

E-invoicing enables electronic authentication by GST Network (GSTN) of B2B transactions and further be used on the common GSTN portal. Hence, the main advantages of introducing e-invoicing are transparency and proof.

Currently, a transaction between the supplier and recipient is done directly without the government having any proof of the exchange. With the implementation of e-invoicing, the moment an invoice is generated, it will get uploaded to GSTN portal wherein it will be pre-validated and a unique number called IRN (Invoice Reference Number) will be issued. Once the IRN is issued, the tax invoice will be shared with the recipient as well.

Moreover, e-invoicing automates the process of filing GST returns which currently involves immense manual work, increasing chances of errors. It can also bring ease, speed and accuracy to the entire process. Once the IRN is issued, it will update the Annexure 1 of the supplier and if e-way bill is required to be generated, Part-A of the same will be updated. It will also update the Annexure 2 of the recipient.