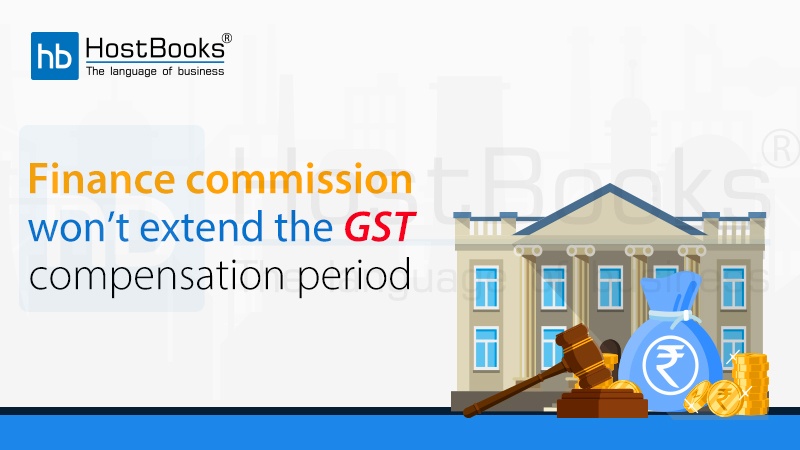 The 15th Finance Commission does not have any plan to heed the request of state governments to extend the period for the Goods and Services Tax compensation beyond the initial 5 years, holding that tax buoyancy will take adequate care of the current shortfall in revenue in some states.

According to the chairman of the 15th Finance Commission, Mr. N.K. Singh “As GST is a consumption-based tax, the real problem with states is that the guaranteed compensation will end in two years from now, which covers two out of the five years of my award period beginning 2020-21. Some of the states are worried because they are not getting that degree of growth. The changes in GST have now more or less settled down. I now see growth on a more positive wicket. I don’t believe it is necessary nor would it be appropriate (to extend GST compensation). I expect the growth momentum to take care of it”.

As per the provisions of the GST (Compensations to States) Act 2017, the loss of revenue to the states on account of implementation of GST shall be payable during the transition period of five years till 2021-22.

The 15th Finance Commission is unlikely to heed the request of state governments to extend the period for the goods and services tax (GST) compensation beyond the initial five years, holding that tax buoyancy will take care of the current shortfall in revenue in some states.

As per a 2018 study report, one of the specific reasons for the massive shortfall of revenue for states compared with the national average is the inbuilt structural design of GST, in which the taxes are levied on consumption-based principle. The study had focused on the huge gap between the revenues of states and Union Territories like Punjab, Himachal Pradesh, Uttarakhand, Jammu & Kashmir, Puducherry and Bihar, and the national average.

For states suffering a huge revenue gap, there was a solid contribution to the states’ exchequer from the subsumed taxes, like, central sales tax and purchase tax before the implementation of GST.

Some other reasons, as per this report, for the revenue shortfall, are natural and structural factors, such as geographical location, size of the economy, endowments of natural resources, smaller taxable base, consumption pattern, and differential tax rates under the VAT regime.

According to Mr. Singh, the more substantial problem is that some states consider that GST is in a sense a real subjugation of their fiscal autonomy. Because, earlier, the Finance Commission going to any state would say ‘why don’t you raise your excise revenue’. Now states say, ‘now tell us what to do’. The answer to this is that all states have willingly agreed to implement GST.