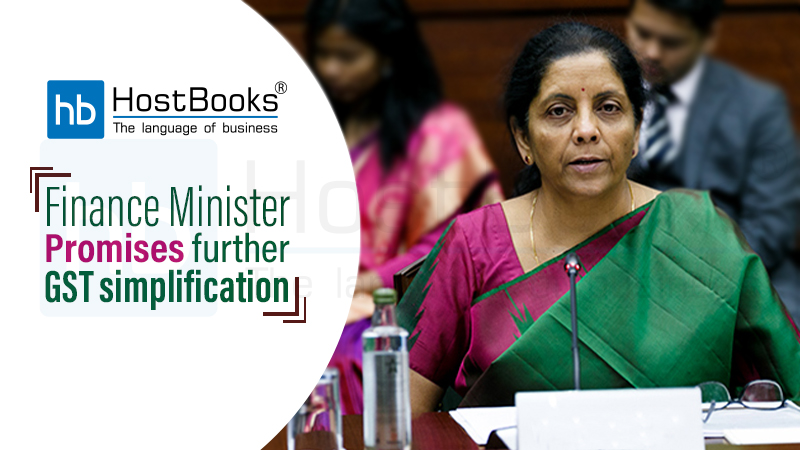 On Thursday, Union Finance Minister Nirmala Sitharaman assured efforts will be made to further simplify the Goods and Services Tax (GST) and expressed hope that it will lead to further improvement in India’s ranking in the World Bank’s ease of doing business index.

India has jumped 14 places to be 63rd among 190 nations in the World Bank’s ease of doing business ranking index as a result of a significant improvement in resolving insolvency and obtaining construction permits. The other parameters where the country has seen some improvements include starting a business, registering property, paying taxes, trading across borders, and getting electricity connections. However, in the remaining three parameters – getting credit, enforcing contracts, and protecting minority investors – has not seen that impressive improvement.

The country will now be aiming the target of reaching within the top 50 in the new few years. While talking to the reporters, Sitharaman said that the states too will have to put their efforts into improving the business climate in India, especially with regard to property registration. She added that only one rank improvement has been made in the parameter of starting of business, more effort will be made to improve on this scale, as it is “very critical” in a cycle of an industry.

“In GST, it is an ongoing process to understand where the difficulties are,” she said, adding, “We are also looking at what were the glitches in using the online filing of returns. So, GST is an ongoing process in improving. Even now for the next meeting, as and when it happens, we want to make sure that several steps are taken to simplify compliance.”

The minister also said starting next year, the World Bank will include the business climate of two more cities – Kolkata and Bengaluru – in the preparation of the ranking index. As of now, the report takes into account only Delhi and Mumbai.