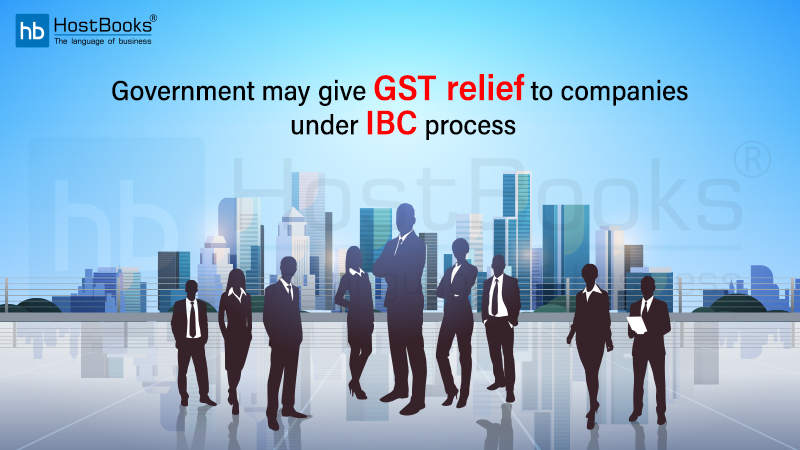 The companies that are undergoing resolution under the Insolvency and Bankruptcy Code (IBC) are likely to pay current levies of Goods and Services Tax (GST), without the mandatory requirement to pay past dues. The government is going to allow this to remove a hurdle in the bankruptcy resolution process.

According to senior government officials, the Ministry of Corporate Affairs (MCA) and Department of Revenue (DoR) officials have begun talks on the matter and are likely to unveil a framework soon. One of the officials said that the issue is being discussed and a procedure will be worked out, adding that the officials are expected to meet this week to finalize an outline.

Tax authorities are treated on par with operational creditors and are eligible to receive payments from others. However, as per the current GST framework, a firm is not allowed to file current tax dues if it has past dues. In case of noncompliance, penal action is to be initiated even if the insolvency resolution process has been initiated or GST registration has been cancelled.

This could come in the way of efforts to revive a company under the IBC process. The industry has been lobbying the government on the issue, asking it to accept current GST dues while giving a moratorium on past ones. Experts believe that there’s a need to align GST and IBC, separating the period of the corporate insolvency resolution process (CIRP) with the past GST compliances of the company.

Industry organizations are demanding immunity for corporate debtors from penalties or prosecution for noncompliance under the GST regime. Experts say the cases of default in GST filings/payments could be due to genuine reasons and there is a need to recognize that as a fact. Such cases of defaults should be condoned, possibly with a small penalty and the main focus should be the avoidance of business disruptions.