GST e-invoicing must for medium-to-large businesses from April 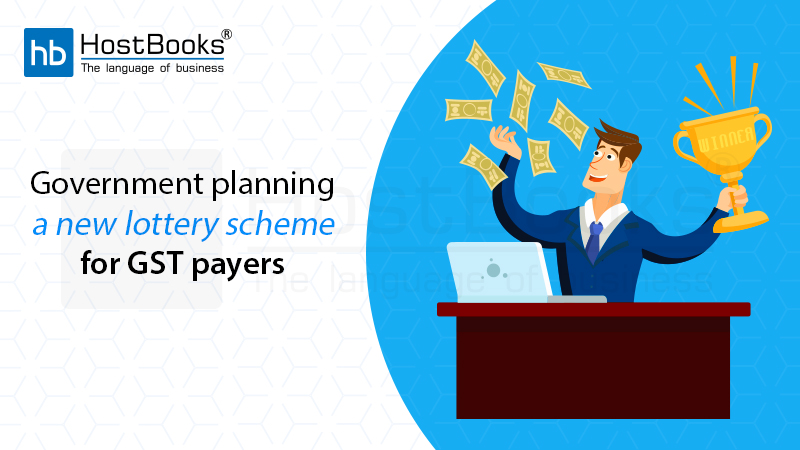 The Ministry of Finance is planning to introduce a lottery scheme to lure taxpayers to pay Goods and Services Tax (GST). According to a senior government official, this will be a step to improve compliance and check on tax leakages. The plan for the lottery scheme, which is still at an initial stage, is to hold daily and monthly lotteries for customers who make a business to consumer purchase and also take a copy of the bill after paying GST.

The bill will need to be uploaded on a dedicated portal or an app that will be developed soon. The app or the portal will automatically capture the phone number, bill number, and GST number of the trader, through which names of the winners will be selected. Once the consensus is reached for the plan at officers-level, it will then be put before the GST Council meeting.

Prize amount would come from the consumer welfare fund

The reward for monthly lotteries will be comparatively high to lure customers in paying GST which might lead to increased GST collections. A minimum threshold for bills to be eligible to participate in the lottery will be decided soon, and this would not include water and electricity bills. It was also reported that the prize amount for the lottery would come from the consumer welfare fund, where the proceeds of anti-profiteering are transferred.

The scheme is on lines with the one introduced by Delhi Government in 2015 named ‘Bill Banao, Inaam Pao’ during the VAT regime. As per the scheme introduced by the central government, a customer was eligible for a prize of five times the taxable value subject to a cap of ₹50,000, if the purchase was made from a registered dealer.

The government had considered multiple options to plug revenue leakages including incentivizing QR Code-based transactions, loyalty programs, and lotteries. The introduction of the lottery scheme system may also help to keep a check on traders who are collecting GST from consumers but not depositing the same to the government.