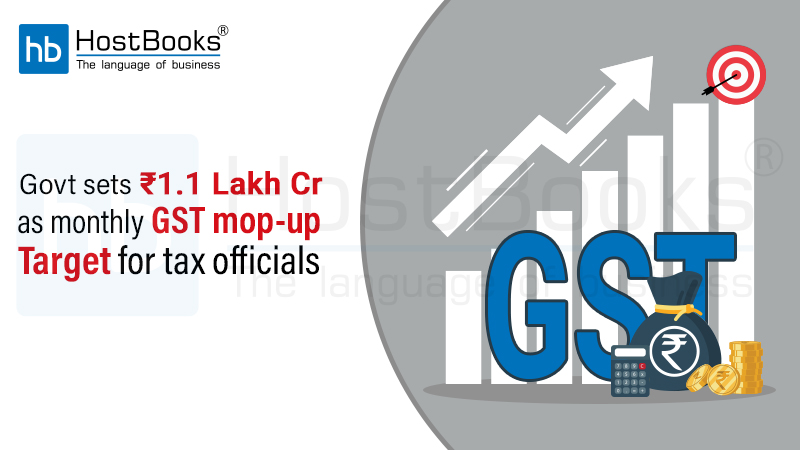 The Finance Ministry has urged tax officials to step up their efforts to meet the revenue mop-up target of an average ₹1.15 Lakh Crore monthly GST collection in the remaining four months of this fiscal. In a video conference meeting with officials from Central Board of Indirect Taxes and Customs (CBIC and Central Board of Direct Taxes (CBDT), Principal Chief Commissioners, Chief Commissioners and other senior officers, Revenue Secretary Ajay Bhushan Pandey is learned to have asked to achieve tax targets, both direct and indirect.

The revenue augmentation committee of officers is scheduled to give a presentation to the GST Council today about the possible measures to increase revenues. GST officers were reportedly told to take strict actions such as blocking of the e-way bill, blocking of input tax credits, and cancellation of registration against taxpayers who fail to file GST returns.

The industry and traders have also been advised to ask its suppliers to file their GST returns on time failing which the buyers might not be able to get tax credits on suppliers for which tax has not been paid by their suppliers. In addition, with the data from GST return being provided to income tax departments, the cases of suppression of turnover and income tax can be deducted and proper tax can be recovered.