More Flexibility on the use of ITC says GST Council 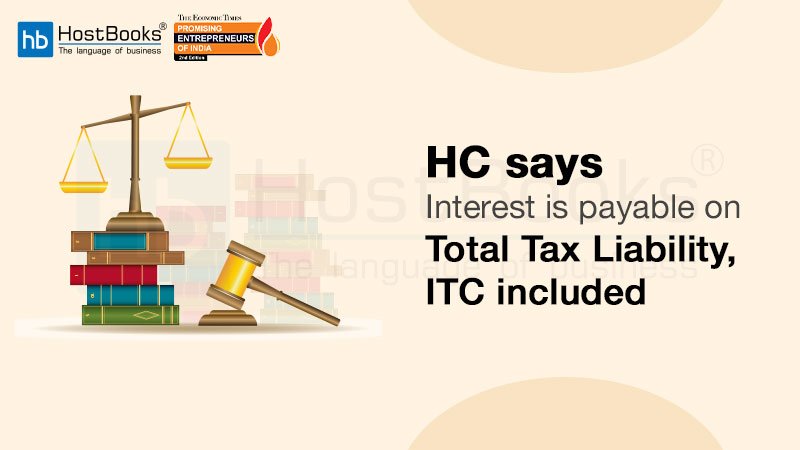 Megha Engineering & Infrastructures Ltd. vs. The Commissioner of Central Tax

Telangana HC (Hyderabad) dismissed the assessee’s writ and held that interest u/s 50 of CGST Act, 2017 is payable on total tax liability. This also includes a portion which is liable to be set-off against ITC where the returns were filed belatedly. It rejected the assessee’s reliance upon recommendations of GST Council made during its 31st meeting upon the contention that interest is to be calculated only on net tax liability after deducting ITC.

The HC remarked that, “Scheme of the Act makes a distinction between

(i) the entitlement to take credit which comes first;

(ii) the actual entry of credit in the electronic credit ledger, which comes next; and

(iii) the actual payment from out of the credit, which comes last”.

On perusing Section 41 (1), it explained that a person gets credited with the input tax, in his electronic credit ledger, only upon his filing the return on a self-assessment basis, after which, utilization of same for payment of self-assessed output tax, arises u/s 41(2).

Furthermore, liability to pay interest u/s 50 (1) is self-imposed and also automatic, without any determination by anyone and “If no payment is made, the mere availability of the same, there in the cloud, will not tantamount to actual payment”. Consequently, the HC held that payment of tax liability, partly in cash and partly in form of a claim for Input Tax Credit was made beyond the period prescribed and hence, liability to pay interest u/s 50 (1) arose automatically.