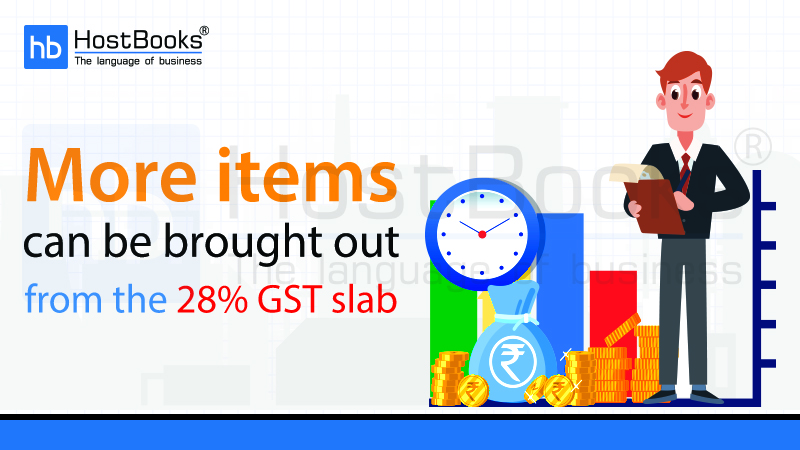 India could review the GST structure to reduce the number of items in the highest slab of 28% as it attempts to stop the decrease in demand.

Some states who favored the idea of tax-rate reduction worried that the slowdown may get entrenched, and have brought their concerns to the Centre.

The 35th GST Council is supposed to meet on June 20th, ahead of the budget presentation on July 5th, and all such topics could figure in the discussions. This shall be the first GST council meet to be chaired by Nirmala Sitharaman after she took over as union finance minister in the new Government.

According to said a senior government official with a state government that’s likely to press for a reduction in tax rates “Something needs to be done urgently — demand slowdown is quite visible”. “It could get further entrenched… Jobs are getting impacted”.

Automobiles, for example, in the current scenario, are placed in the 28% tax rate slab.

It Depends upon Revenue Position

Depending on size and segment they also face a compensation cess. Lowering rates will reduce prices and possibly encourage consumers to spend further.

The final decision will depend solely on the revenue position. A government official, however, said that the state of the economy will take primacy over this as a longer slowdown, in any case, will impact the revenues directly.

The selling graph of passenger vehicles dropped up to 17% in the months of April and May. The largest car manufacturing brand Maruti Suzuki reported 22% lower sales in May.

There have been numbers of reports of many automobile dealers shutting due to dull sales, not just only in the metro cities but also states such as Maharashtra and Bihar.

Experts have also pointed to the issue of accumulated credit in the auto sector.

E-Invoice and Other Changes

GST in its 35th Council meet may also take up a proposal on introducing electronic invoicing, besides changes to the existing law. Furthermore, it could also discuss the extension of the anti-profiteering framework, which can be implemented through an official notification.