10 Important Takeaways for Startups and MSMEs

No Input Tax Credit for Expenses Incurred on Promotional Schemes 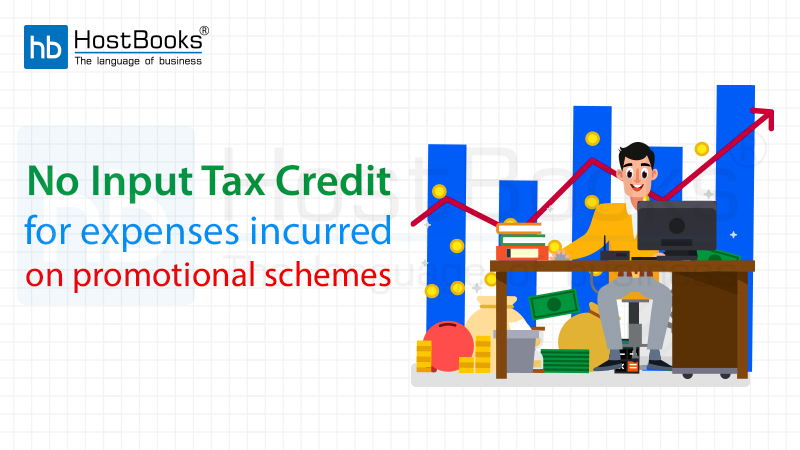 According to the order issued by Maharashtra Authority for Advance Ruling (AAR), Input Tax Credit will not be available on GST paid on expenses incurred towards promotional schemes.

Although AAR rulings are applicable for the applicant and the jurisdictional tax officer in a particular matter, the same can be used as an influential tool in similar matters. Accordingly, tax experts feel that the ruling can be significant for automobile or FMCG companies which give gifts as a part of promotional schemes or as brand reminders.

The company launched ‘Shubh Labh Trade Loyalty Program’ under which the distributors/wholesalers get reward points on the basis of goods sold by them. These points later enable them for rewards such as a free trip to Singapore, wrist watch, etc. Also, the company incurs various marketing and distribution expenses for distribution of pens, notepads, and key-chains, etc. as promotional items/brand reminders to its distributors with its name embossed on such items.

During the hearing, the applicant discussed the term ‘gift’ in light of the facts of the case and various judicial precedents under various other statutes wherein it contended that as gift is a gratuity and act of generosity, the distribution of items by Sanofi for promoting the brand cannot be said to be an act of gratuity or generosity wherein the items are given to increase the sales of the organization and advance of business. In regards to Shubh Labh Loyalty Program, the applicant submitted that the program is not a gift but is given under a contractual scheme.

Howsoever, in response, the tax official mentioned that the expenses under discussion incurred by the appellant are in the nature of ‘gift’ as “there is no commercial consideration and therefore Input Tax Credit in respect of such expenses is restricted by virtue of GST law.”

The AAR held that since the items are not offered by the applicant under any contractual obligation as no contract/agreement has been signed by customers in writing accepting the scheme floated by the applicant. Considering that the items are voluntary, given on certain conditions achieved by its customers and without consideration of amount, these are in the nature of ‘gift’. This simply means no ITC will be available.

According to Mr. Harpreet Singh, Partner at KPMG, in this case, it has been held that items were not given by the applicant under any contractual obligation as no contract/agreement was signed by customers in writing accepting the scheme floated by the applicant. Accordingly, they partake the character of a gift. Thus, Mr. Singh, added further, “as a corollary, can one say that where the scheme of giving promotional items is well documented and is as per a contractual arrangement, the same would be acceptable to authorities as a business expense not requiring any credit reversal”.