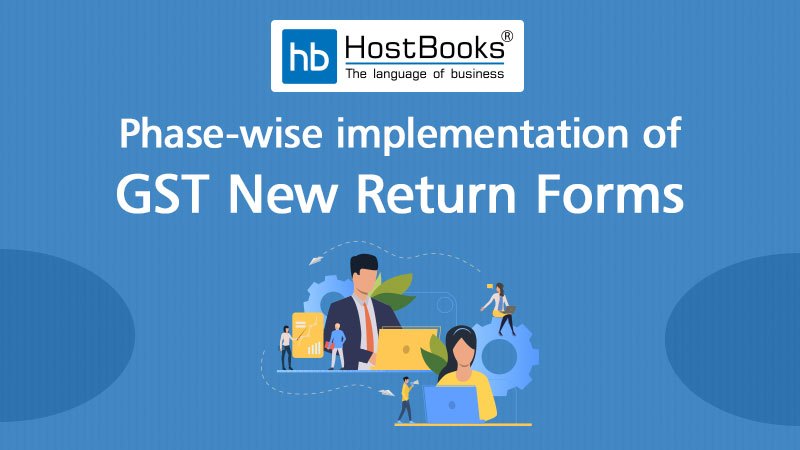 As per the planning of GST council, in the first phase, only large businesses are required to start filing GST Returns in the new form before others, with the authorities planning a gradual approach for all future developments in the indirect tax system to stop disruption when economic growth has slowed down.

The authorities were expected to apply tough enforcement measures to fortify revenue receipts, especially with the two-year transition period for GST going to end in June 2019. However, the GST Council has decided that changes in the tax structure and steps to enforce compliance need to be gradual to negotiate a backlash. The priority for the ruling party, which has come to power again at the center, is to trigger the economy and remove disturbing issues on account of taxation. Both the Union and state governments share voting rights in the council and so cannot get decisions approved without each other’s mutual support.

In December 2018, the GST council had recommended that the new returns should be adopted on a pilot basis from April and compulsorily by 1 July. And is going to finalize the details of the rollout of the new GST Return Forms very soon.

According to a GST personnel, “A gradual and nuanced approach will be taken as far as changes to GST is concerned. The priority before the council is to roll out the new tax returns. The approach to improving compliance will be to utilize data to identify individuals and businesses with the risk of revenue leakage in a non-intrusive manner”.

The move is being exercised against the backdrop of the problems that businesses had faced in the beginning stage of the GST regime that forced authorities to suspend or modify some of the self-policing features of GST administration and alter the deadlines several times for GST Return filing. The main focus on hand-holding businesses rather than enforcement in the transition phase, combined with tax rate cuts, led to the Union and state governments collecting ₹ 22,000 crores less than the estimated target of ₹ 12 trillion for the Financial Year 2019. Stimulating the economic growth, which has decelerated from 8.3% in the last quarter of Financial Year 2018 to 6.6% in the third quarter of FY 2019 is a priority for the re-elected NDA Government.

The center has recently authorized the Income Tax department to share all details, including sales and profits that businesses reported in their income tax returns with GSTN, the company that processes GST returns, requires to scale up the scrutiny.

The gradual approach also implies to futuristic changes to GST structure, such as the inclusion of jet fuel, petrol, and diesel in GST circumference, as well as the convergence of the two standard rates of 12% and 18%, will be a slow process, based on the economic fact and figures. Major GST rate reduction in few next months does not seem to be applied, considering the center’s revenue requirements for the welfare schemes at a time it has had to diverge from its fiscal consolidation road map.