AAR: Concessional Rate of 12% GST for ‘Affordable Housing Scheme’, Not Restricted to Developer 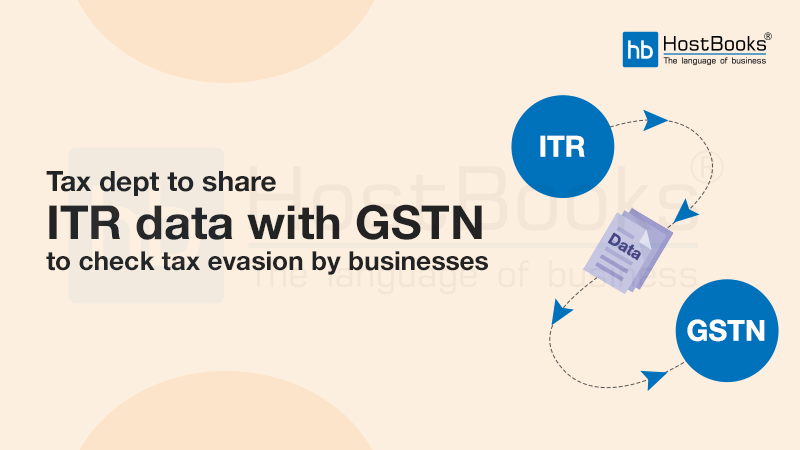 In order to check tax evasion, the Income Tax Department will be sharing ITR data of business persons with the Goods and Services Tax Network (GSTN) officer. The main objective behind this move is spotting income mismatches between their GST returns and Income Tax Return (ITR).

It is important for the business persons to ensure that their income tax returns and GST returns correlate. Simply put, a business person whose income as per ITR reflects a difference between what is declared in his/her GST returns would come under the lens.

However, the introduction of GST has made it easier as such data will now be available at the central level which makes the exchange of data between the two authorities easy.

This is applicable to all those assessees who have business income and file the returns specified for those with this income i.e. ITR 3 to ITR -7.

As per the order issued by the Central Board of Direct Taxes (CBDT) dated April 30, 2019, important financial fields such as – status of filing of ITR, turnover, gross total income, turnover ratio, gross total income range, turnover range and any other field which will be decided by the concerned authorities themselves will be shared by the income tax department with the GSTN officers.

As per the order, the exchange of data will be request-based as well as spontaneous and automatic. However, before sharing any information, the income tax authority shall determine that such information is necessary for the GSTN authority to perform its functions, says the order.