GST launch at midnight: Here are the program details

GST: Penalty, including jail, for manufacturers for not reprinting revised MRP on unsold goods

Latest to join the band of GST software enablers is GST Star, a Bangalore-based firm started by Infosys veterans. Other IT firms who have joined the GST bandwagon include SAP, Microsoft, Zoho, Tally, Deskera and ClearTax.

India’s biggest tax reform, the Goods and Services Tax (GST) regime is just around the corner, which will bring in force massive changes for businesses small and large.

Besides the government appointed GST Suvidha centres, there are a clutch of IT companies and startups that are making hay while the sun shines.

Companies such as ClearTax, Tally, Zoho and Exotel, have already released software and platforms that will help improve GST compliance for businesses. Online marketplaces such as Snapdeal, Flipkart and Amazon are educating their sellers on the compliance needed from next month.

Other IT companies which have launched GST compliance software in past few months include Nagpur based Excellon Software and Pune based Deskera.

“It’s a major transformation stage for the country and there are bound to be some teething issues for large and small companies to be GST-ready. The concerns we have come across after our interaction with the companies are around multiple registration and input tax reconciliation. We see a huge market here,” Shailesh Agarwal of GST Star said.

Although going forward, the ticket to success of such a platform will be to offer base infrastructure for automation of invoices, registration, billing, Agarwal added. 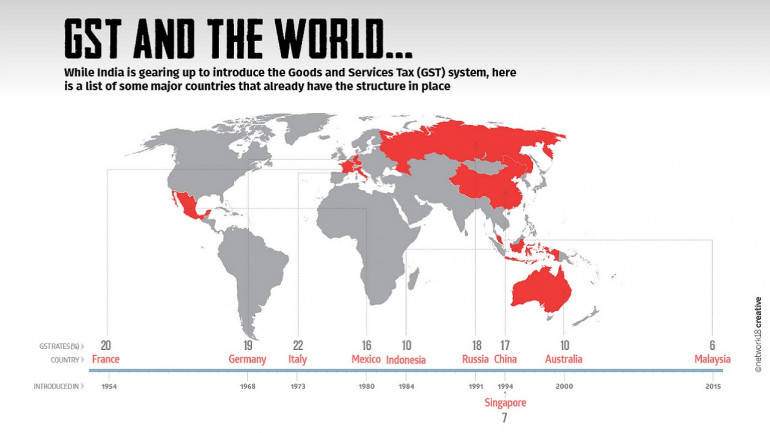 The company claims to have bagged contracts from 5 large enterprises till now, and is in talks with 12 others.

For the mid-sized and small enterprises GST Star will bank on a subscription-based model, which will cost anywhere between Rs 500 and Rs 2,000 per month. The service will be free for CAs and tax professionals initially, and will be priced at about Rs 5,000 per year, thereafter.

Coming into effect on July 1, the uniform tax regime will have four separate tax rates for different classes of goods and services. Firms will be required to file three tax returns a month, which is expected to multiply the compliance burden.

However some companies feel there will be a positive impact in the log run.

“With GST you have to be legit, there is no two ways about it. With its roll-out, those who are not already on digital platform will adopt it. And we will be at the forefront,” says Sampad Swain, CEO of Instamojo.

Bangalore based Instamojo has tied up with tax consultants such as Cleartax, Vakilsearch.com, Legal Raasta, and Profitbooks.com, to offer accounting services to its merchants, for the upcoming GST regimen. 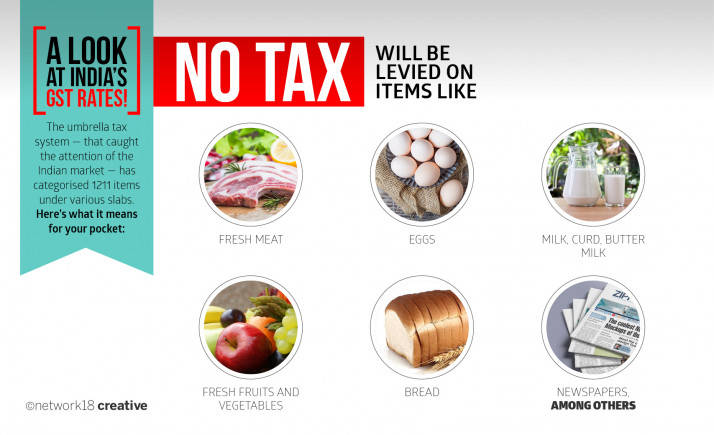 The new GST Network is expected to crunch up to 5 billion invoices a month! The last released data from National Sample Survey Office (NSSO) in 2013 had recorded around 57.7 million registered small and medium traders.

Add to that at least 15 million more retailers many more other online and offline ventures that will have to digitize their sales.

GST Star is targeting to grab at least 10 percent of this market. “There is enough room for more than one player here. We have created a platform that is immersive and services beyond just filing of tax. We are confident of making a breakthrough,” Agarwal said.

Besides startups, major Indian IT companies such as SAP, Oracle, and Microsoft are also providing consulting and linking software that will help their clients manage the transition smoothly.

Microsoft has released a cloud-based solution called DigiGST in association with E&Y. GST Star has stacked its technology with three tiers with a technology aspect that will offer analytics and track the GST processes, which is topped with services feature that will allow enterprises to file tax returns, generate invoice, and so on.

The platform also has a knowledge tier that will seek to answer all queries raised by the companies on GST compliance.

The company, which has raised USD 1 million in funding from angel investors, plans to raise additional funds next year to expand its team, upgrade the user interface, and integrate emerging technologies such as machine learning, AI, and advanced analytics, Agarwal said.