Just 10 days left to file GST return: A step-by-step guide to do it 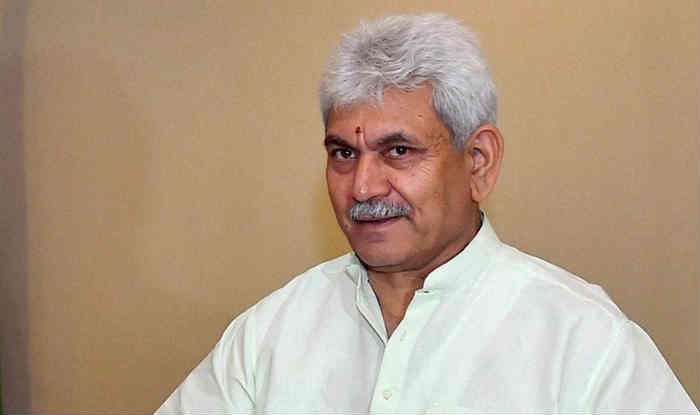 NEW DELHI: Telecom minister Manoj Sinha on Friday said the telecom operators should be able to absorb increase in GST rate on telecom.

The industry has been demanding government intervention to lower the GST rates to 5 per cent citing telecom as essential services. Post GST, telecom falls in the 18 per cent category, up 3 per cent from 15 per cent in the pre-GST regime.

“The criterion was to keep the rate for any sector close to one of the four slabs. For e.g. a former rate of 17.5 per cent will fall in 18 per cent. Secondly, telecom operators will also get input credit of around 1.75 per cent as per the information from finance ministry officials, making the effective rate at 16.25 per cent. Virtual difference (after factoring in input credit) is little more than 1 per cent. Had they been kept in 12 per cent, the rate would have been around 10 per cent. Rates have risen marginally after GST– which the telecom service providers can easily absorb.” He added that if needed, the GST council is reviewing the rates if there is a genuine demand. “But the impact of 1 per cent increase on 40 paisa will be minuscule.”

Calling Reliance Jio’s presence a healthy move for the market, the minister said data consumption has risen six times because of Reliance Jio. “The whole telecom market is shifting towards data; now it is not voice-centric but data-centric. Jio has made voice free. It is a marketing move.”

Allaying fears of other operators due to Jio that has been giving them a run for their money, Sinha said whenever a new operator enters the markets there are bound to be some ups and downs— a similar situation was seen in 2002 (with the entry of Reliance Infocomm). “But the market stabilized in some time. India’s is a huge market; entry of one operators can’t destabilize the market in the long run.”

Sinha who also hold charge of railways as minister of state, said wider consultations are on for the new telecom policy. He said the focus in telecom sector has changed drastically since the time the last policy was made in 2002. “When the 2012 policy was made, connectivity was the main issue. Today’s issues are IoT (Internet of Things), 5G, artificial intelligence, internet-for-all.” Once the policy is made, it will put it on the website for public opinion. “We should have the new policy by Feb-March 2018. We aim at making such a comprehensive policy that a need should not arise to make amendments for the next 10 years.”

On improving health of state-owned BSNL, he said the telecom operator is moving in the right direction. he said that after having incurred huge losses in 2006-07, the PSU made (operating) profit of Rs 670 crore, and Rs 3,800 crore in FY15 and FY16, respectively.