CBIC blocks input tax credit due to mismatch of returns

Assessees yet to submit audit conciliation statement for the FY18 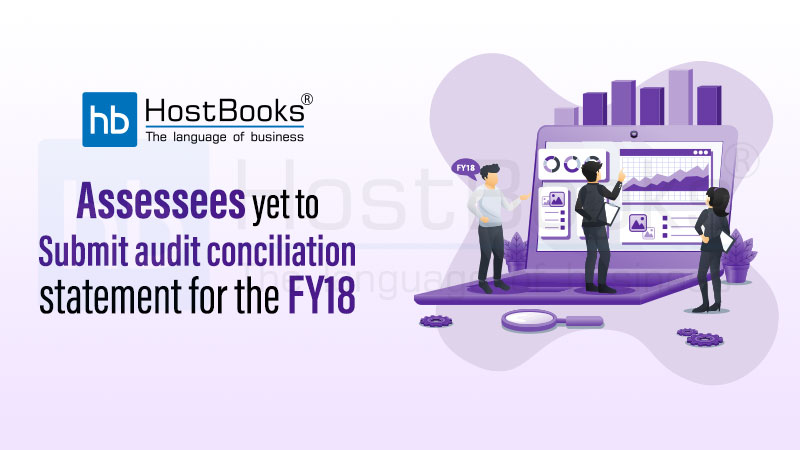 As the submission date for filing FY annual return is around the corner – January 31, still 3 out of 4 assesses still need to submit the GST audit conciliation report for the fiscal year 2027-18 (FY 18).

If we consider the data available with the GSTN, the IT backbone of the indirect tax system, out of the 67.64 lakhs eligible taxpayers of GSTR 9, near about 31 lakhs or 46% of assesses have filed returns as on January 27. And for the Form GSTR 9A, there are near about 19 lakhs eligible assessees but out of this only 7.38 lakhs, assessees or 39% of the data have filed the returns so far.

However, the major problem can be seen with assessees who still have to submit the audit report. As we can see that out of 12.42 lakhs eligible assesses, only there are near about 3 lakh have filed the returns, which is around 24% of the above number.

Assessees, as well as experts on one side and tax officials on the other, are expressing their different sets of stories and making arguments to explain the current impasse.

According to assessees, one of the major grouses is the network problem. They alleged that the GSTN portal was having the internet connection issue and was not responsive last week, resulting in a lesser number of filings. Even while using the tool “Error Occurred” or “Processed but pending” was shown as the status and it was not generating the report. Along with that, the 9C utility was not accepting copy-paste format, so taxpayers were bound to manually punch in the data, and it resulting in a delay while uploading.

Now as per the tax consultants, dealers are not uploading files properly and some common issues are occurring relating to filing size, or the prescribed size limit. Even there were such instances also where taxpayers failed to download the JSON file of the GSTR-9 along with the auto-populated file. However, GSTN officials also expressed that it is a general tendency for people to wait for the last date so that the date can be extended.

One of the officials also said that many audit reports have an internal firewall that creates problems. He even emphasized the fact that GSTN is very responsive and always ready to help or support. It has been featured with all support and help and especially the twitter account which has been created with the same intention, twitter handle @askgstech is very active.