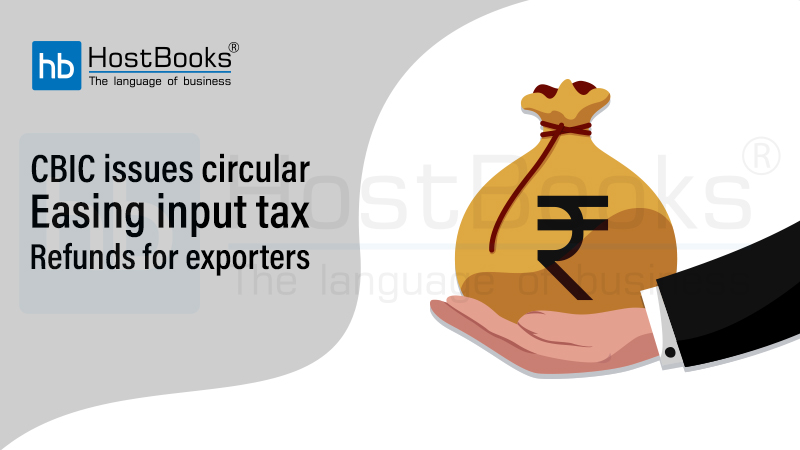 The Central Board of Indirect Taxes and Customs (CBIC) has directed tax officials to not insist on proof of realization of export proceeds while processing the input tax refunds. Since the implementation of Goods and Services Tax (GST) in July 2017, delay in issuance of refunds has been a major issue for exporters. The new directive from the customs authority is in line with the assurance from Finance Minister Nirmala Sitharaman to the industry that the compliance process will be further simplified.

The circular states that tax authorities will no longer persist on the proof of realization of export proceeds when processing the refund claims related to the export of goods. The reason being that it has not been envisaged in the law.

CBIC also emphasized on the circular that exports are considered zero-rated under the Integrated Goods and Services Tax (IGST) Act. In other words, as long as the goods have been exported, even after the period of three months, tax officials should not persist on the payment of integrated tax first and claiming the refund at a later date.

In cases where the goods were exported after more than three months of the date of issue of the invoice for export, exporters were reportedly being asked to pay integrated tax. Tax experts have said that the circular has been issued at the right time, adding that it provides some key relaxations to the exporters.

The circular prevents the tax authorities from insisting on proof of realization of proceeds or demanding the payment of tax before initiating refunds in case of delayed exports. Additionally, there will not be any adverse action from the tax authority if in case the order of debit on claiming a refund is not followed.