How e-Invoicing Works Under GST? 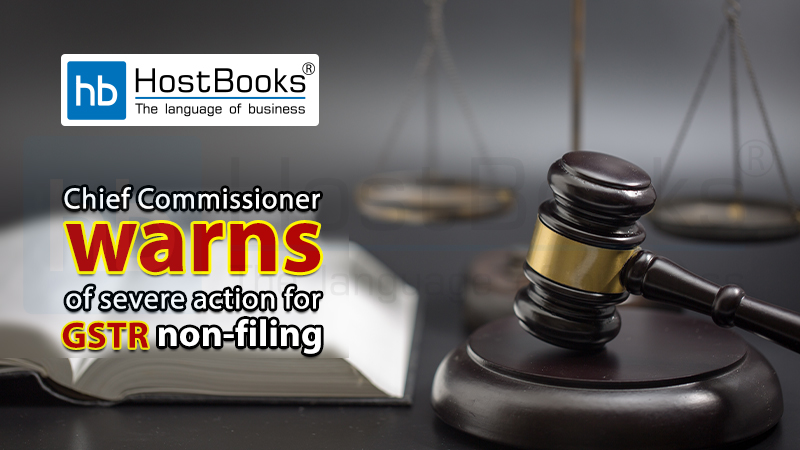 Chief Commissioner of Customs and CGST Visakhapatnam Zone, Naresh Penumaka has said that the taxpayers should file their GST returns for 2017-18 by August 31 and failure to do so will lead to severe consequences, including a heavy penalty.

Although there are less than two weeks left, 80% of traders have not filed their returns so far. The commissioner said at a press conference here that the due date for consolidated filing of monthly returns has been extended several times and would not be extended further. He suggested that the taxpayers should approach the nearest Central Excise officials for hand-holding and filing their GST returns.

He warned traders that some unlawful activities might even lead to imprisonment such as not passing on the benefit of GST to consumers, indulging in false input tax credit claim, any attempt to use ITC as working capital or not remitting GST collected from customers. He added further that the businesses should also issue a bill when collecting GST as per the reduction established by the Goods and Services Tax (GST) Council from time to time. Directorate General of Analytics and Risk Management is analyzing bulk data to find out any case of GST evasion. In addition, the National Anti-Profiteering Authority would also investigate it.

The commissioner denied the reason for the delay in filing returns as the cumbersome process citing 90% compliance at the national level and some states reporting as high as 70%. He said, “Some are deliberately delaying payment”.

He also said that the Central Excise and Service Tax dues pending for the last two years should be paid in two weeks, also warning of imprisonment if it was not complied with. The commissioner revealed that there will be modifications in GST returns from October and new returns should be filed from January 2020, and GSTR-3B would be done away with.