Know All About ITR: Last Date, Penalties & Other Details

Electric Vehicles May be Brought Under 5% GST Rate Slab 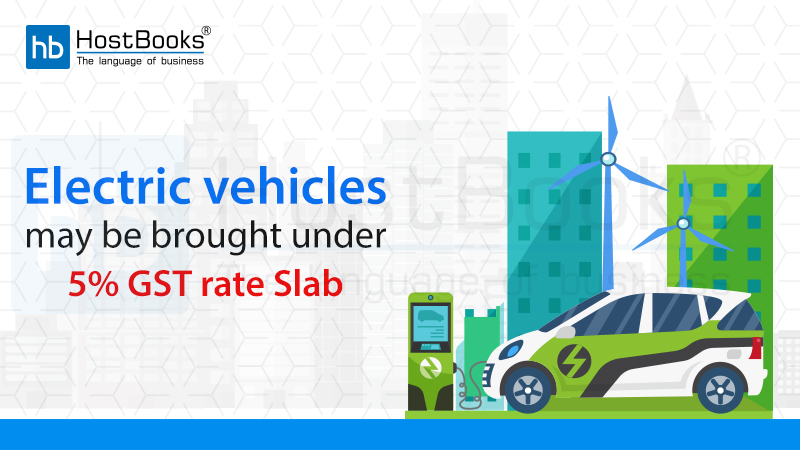 India may cut the Goods and Services Tax on electric vehicles to 5% from 12% to boost the sector that’s a high priority for the new government. The GST Council is set to take up the proposal at its June 20 meeting, said a senior government official aware of the development. “There is a proposal to cut tax rates on EVs among other issues”. Lower duties are expected to encourage global manufacturers to invest in India’s planned shift to electric vehicles in order to try and bring down pollution levels. This comes as Punjab has written to the Centre seeking a review of tax rates.

The state has sought new rates for automobiles, textiles, micro, small and medium enterprises (MSMEs) and real estate to provide a boost to the economy, which has slowed to the lowest in five years in FY19. The Finance Minister of Punjab Manpreet Badal has suggested to union finance minister and GST Council chairman Nirmala Sitharaman that tax rates for these sectors need to be lowered to address the slowdown. The automobile sector has sought urgent measures to boost demand, after recording the steepest decline in sales in 18 years. Passenger vehicle sales have been sliding and fell by 21% in May, prompting closure of dealerships and plant shutdowns. The RBI consumer confidence index, based on a survey in 13 cities, fell to 97.3 in May, indicating pessimism about jobs and prices.

Policymakers favor incentivizing electric vehicles in line with the government’s long-term strategy. The Niti Aayog has prepared a roadmap that envisages all vehicles sold after 2030 being electric. The roadmap lays down that all two-and three-wheelers should go electric from 2023 and all commercial vehicles from 2026. Experts said tax cuts would encourage manufacturing. “A reduction in the GST rate on EVs would incentivize global players to set up their manufacturing facilities in India and is also in line with the phased manufacturing program of the government,” said Pratik Jain, national leader, indirect taxes, PwC. Under this, customs duties on EVs are proposed to be gradually increased. However, what needs to be seen is whether such a move would lead to an inverted duty structure, Jain added.

The council is also expected to consider a proposal to extend the tenure of the National Anti-Profiteering Authority (NAA) by a year as there are a number of pending cases at various stages of disposal. The meeting is expected to take up several changes to the GST law to check tax evasion.