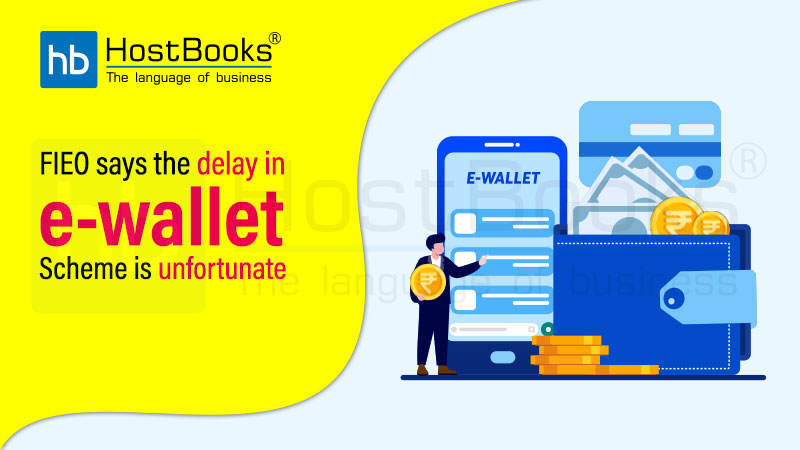 On Monday, the industry body Federation of Indian Export Organizations (FIEO) termed the delay in e-wallet scheme as unfortunate. The scheme has not been in operation yet, which was aimed at easing liquidity problem in the wake of GST implementation in 2017.

FIEO President Sharad Kumar Saraf said in a statement, “Unfortunately, the scheme of e-wallet, which was recommended by the GST Council as early as October 6, 2017, which was expected to be put into operation in April 2018 and then deferred to October 2018, has not yet been rolled out.” He added, “The scheme may have helped in easing the liquidity problem of exporters.”

Saraf noted that Goods and Services Tax (GST) has provided much-needed competitiveness to exports. The statement came at the time of reports which, according to the FIEO, singled out exporters for GST evasion.

The report also noted how some of the “star” export houses had falsely claimed IGST refunds, mentioning of an instance where an exporter with over ₹50 Crore exports of readymade garments had taken a refund of ₹3.90 Crore while the entity’s total GST payment in cash was merely ₹1,650. In another case, an exporter had obtained a refund of ₹9.59 Crore while the tax payments in cash had been found to be ₹51,201.

Reacting to these instances, the FIEO chief said that exporters have import export code number based on their PAN and bank accounts. Furthermore, they also have to obtain GST registration by following proper KYC procedure, verifying their email address and mobile number.