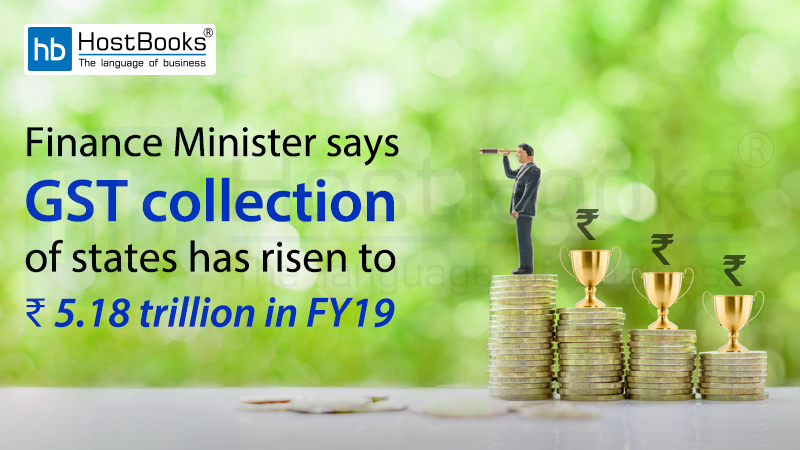 In a written reply to a question in the Lok Sabha, Sitharaman said concerted efforts have been made to improve tax compliance.

She stated, “The GST collection of the states/UTs has been showing steady improvement over the period of time. In addition, they are also assured the growth of 14 percent for a period of five years through the payment of compensation by the central government.”

“The total GST collection of the states/UTs for 2018-19 stood at ₹ 5,18,447 crore against GST collection of ₹ 2,91,100 crore in 2017-18. Extensive automation of business processes, application of e-way bill mechanism, targeted action on compliance verification, enforcement based on risk assessment and the proposed introduction of electronic invoice system are the steps taken for increasing the revenue collection,” she further added.