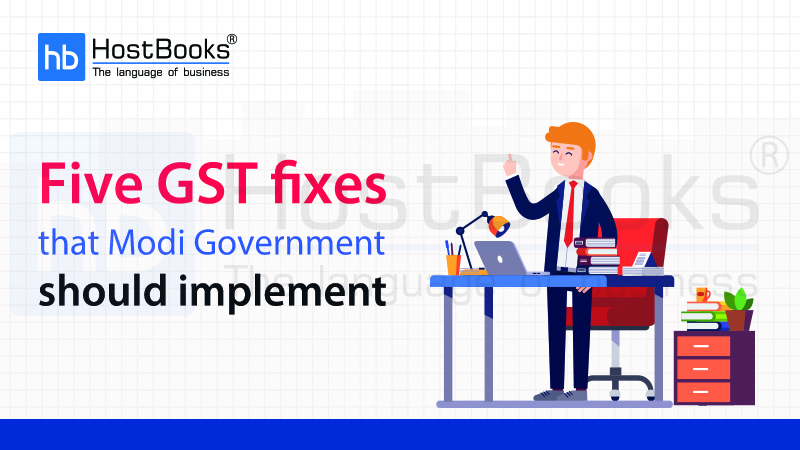 On July 1st, 2019, the Goods and Services Tax (GST) shall be completing its two years of getting implemented. Inspired by the idea of ‘One Nation – One Tax – One Market’, GST replaced 17 different types of indirect taxes and cesses with just 5 tax rate slabs, starting from 0% to 28%. It was geared towards making the entire nation a common market and two years later, it appears to have succeeded outstandingly.

GST collection in March 2019 rose 15.6% from a year ago to ₹ 1.06 lakh crore, the highest since the new indirect tax system came into effect. Yet, the path to the one market is strewn with several speed breakers, the biggest of which is the complicated process of filing returns.

Small business owners have been speaking of compliance challenges. Even a small typing error in a refund form can hold up your refunds from for months on end. For so many micro-enterprises, these little refunds are an important part of their whole working capital. GST also requires registrations in different states from where the business is operated from or the owner resides permanently.

The concept of GST is completely still a work in progress and the Modi led new government should focus adequately on strengthening and streamlining it further. Here are five urgently needed fixes to ease the process:

It is really very important to eradicate the current procedural complexities in filing GST Returns. From multiple registrations and invoice matching to the resolution of disputes, the entire GST mechanism needs a bit restructuring. Many businesses complain of delayed refunds and confusion about multiple registrations.

The new Govt. should bring in items and services like real estate, Aviation Turbine Fuel, petroleum, natural gas, and electricity into the ambit of GST.

Expanding the tax base will also lead to the further rationalization of tax rates and lead to lower tax rates which address a major concern that India’s GST rates are among the highest across the world. Segregation of a few selected goods leads to implementation challenges and distorts the level playing field promised by GST.

At present, the transmission and distribution of electricity by a service provider is completely exempted from GST. In the present scenario, this sector regulates multiple taxes with a low rate for consumers and high rate for industries. While, levying a uniform GST on the sector could mean cheaper electricity, and may provide the manufacturing sector a boost and aid the expansion of India’s low-cost manufacturing base to create more opportunities for jobs.

Many investigations have found businesses convict of not passing on the benefits of GST to the customers but there is little transparency on the methodology adopted for computing benefits. The National Anti-Profiteering Authority has been constituted by the Govt. to monitor if the ITC has been passed on to the recipient by the reduction of prices. The government must issue clear guidelines on the procedures adopted to compute GST.

The GST portal is called GSTN has been glitch-prone and has not been updated to include changes in the provisions that have been declared by the GST Council. Now, the new Govt. must consider for the quickest revamp of GSTN to make it easier to use.