CBIC to use Document Identification Number from November 8

Everything you need to know about E-invoicing

Govt to discuss measures to curb GST evasion on Monday 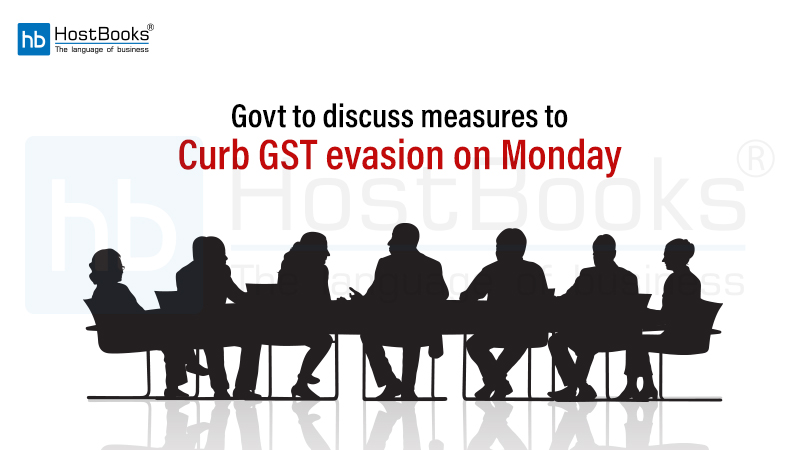 In a first-of-its-kind interaction, delinked from the agenda of the Goods and Services Tax (GST) Council meeting, tax officers from the states and the Centre are set to discuss administrative, legal, revenue, and implementation-related issues under the indirect tax regime. Officer-level meetings have usually taken place a day before the GST Council meetings, mainly to discuss measures outlined in the Council’s meeting agenda.

As declining revenues under the GST have become a concern, central and state tax officers will discuss measures for revenue augmentation, anti-evasion, compliance, returns filing, and online system. However, the rates of goods and services will not be discussed in the meeting.

A common platform for the states and the Centre

The meeting would serve as a common platform for the states and the Centre allowing them to take up more broad-based concerns including measures to streamline and regularize pending issues under the GST regime. Some of the issues expected to be considered include delay in filing returns, e-way bills, pending legislative changes, IT matters, and methods to promote greater coordination between states and the Centre under GST.

One of the officials said, “This method to have a common platform for discussion between states and Centre is being tried for the first time. The idea was not to club it with a GST Council meeting and have an open agenda meeting. This was felt necessary so as to develop a mechanism for similar discussions going ahead. The officer-level meetings before Council meetings, otherwise, have too many agenda items and not everything gets discussed in detail.”

It was reported that many states have not followed up on the amendments in the Central GST (CGST) Act with changes in their respective State GST (SGST) Acts, to such an extent that in some states are running behind by six months. An official said, “Such issues need to be prioritized since they are creating a hurdle in the proper implementation of GST and would be raised in the meeting.”

The Council had last month set up a committee of officials from states and the Centre to look into a wider range of reforms including systemic changes in the GST, improve compliance monitoring, and anti-evasion measures. The committee, which was tasked to submit its report within 15 days, has so far met only once and is likely to be given an extension of 1-2 months.