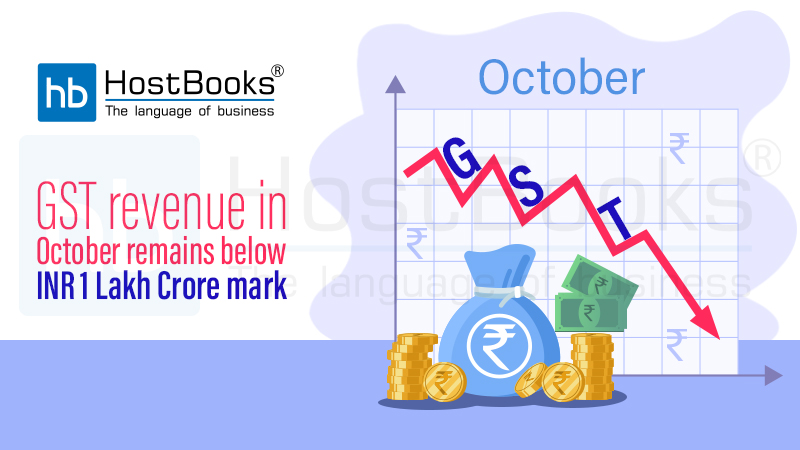 According to the data released by the Ministry of Finance on Friday, the GST collection in October 2019 stood at ₹95,380, a 5.29% decline compared to the same month last year. However, the GST revenue grew marginally by 3.76% in comparison to September as businesses stocked up for the festive season. The total revenue from GST in September 2019 stood at ₹91,916 Crore and the collection in October 2018 stood at ₹1,00,710 Crore.

This is the third consecutive month when GST revenue has remained below the ₹1 Lakh Crore mark. The overall GST revenue in April-October 2019 increased by 3.38% year-on-year with the domestic component growing by 6.74% while GST on imports showed a decline. An official data released on Thursday showed, in the midst of the slowdown, the core sector output of eight major industries had declined by 5.2% in September, its worst performance in 14 years.

The ministry said in its statement that the government has settled ₹20,642 Crore to CGST and ₹13,971 Crore to SGST from IGST as regular settlement. The total revenue earned by Central and the State governments after regular settlement in the month of October 2019 was ₹38,224 Crore for CGST and ₹37,645 for the SGST. The GST revenue data of November would be the one to watch out for as it will cover the festive period.