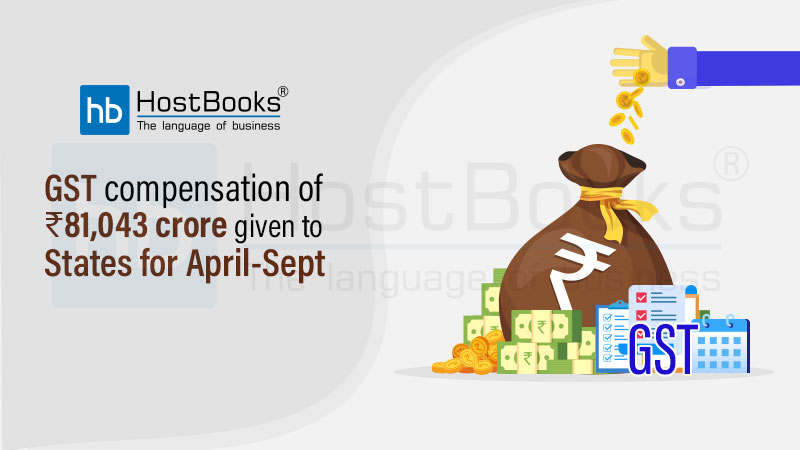 In a written reply to Rajya Sabha, Minister of State for Finance Anurag Singh Thakur said that the Centre has released ₹81,043 crore as GST compensation to states for April-September 2019. He added that since October 2019 the GST compensation cess mop-up had shown an upward trend. GST compensation cess of ₹7,607 crore was collected in October, ₹7,727 crore in November, ₹8,331 crore in December and ₹8,637 crore in January 2020.

The targeted amount to be collected from cess in Goods and Services Tax (GST) was ₹1.09 lakh crore for 2019-20. Out of this targeted amount, a total of ₹70,534 crore has been collected between April-December 2019. Mr Thakur said that the amount of GST compensation released to states for April-September 2019 stood at ₹81,043 crore.

Under the GST law which came into force on 1st July 2017, the states were guaranteed to be paid for any revenue loss in the first five years of GST implementation. The shortfall is calculated assuming a 14% annual growth in GST mop-up by states over the base year of 2015-16.