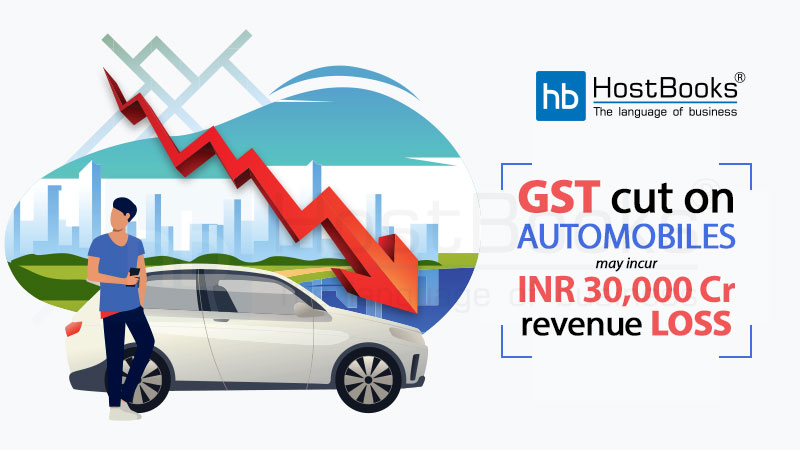 There is a growing expectation that the Goods and Services Tax (GST) Council will decide to cut tax rates for the auto industry in its next meeting in Goa on September 20. However, the major concern for both the central and state-level government is the potential loss in revenue. According to the internal estimates of the tax department, if the industry’s demand of rate cut from highest GST slab of 28% to 18% is met, the government’s GST revenue could plummet by at least ₹ 30,000 crores. This estimate takes into account the increase in sales volumes once the tax cut is implemented.

In addition to 28% GST rate, automobiles and two-wheelers are also subjected to cesses which vary from 1-22% depending on the make of the vehicle. It is also reported that several state governments are likely to oppose the GST tax cut at the upcoming meeting of the council. As the cesses are not allowed on products not placed on the highest tax slab, 18% GST could mean a rate reduction of more than ten percentage points.

Amidst the weakening sales, the auto industry has long been demanding GST reliefs. In nearly two decades, auto sales across various segments saw a sharpest monthly decline of 20% year-on-year in August. However, not everyone is in the belief that a tax cut would be enough to boost sales. Some even consider that the move to cut the tax rate for the auto industry could cost big to the exchequer. Furthermore, the government is cautious that a tax rate cut could increase the margins for auto manufacturers and dealers, rather than consumers, as they can roll back the current discounts.

The GST collection so far has been slightly higher at ₹ 1.02 lakh crore per month. The gross GST collection in this fiscal year till now is just ahead of the monthly required rate to hit the Budget estimate, but not enough for the council to provide any drastic rate cuts, especially for a sector like automobiles which are a significant source of revenue.