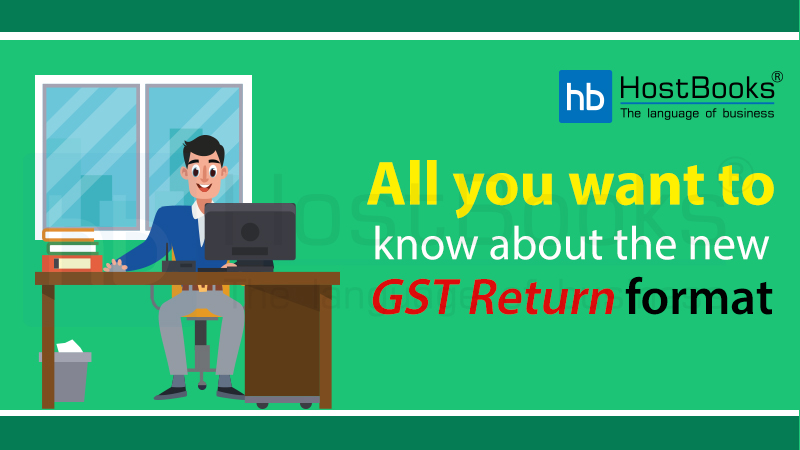 The new simplified GST Returns filing format, approved by the GST Council last July, is now ready to be introduced after being deferred twice. In this new format, taxpayers shall be required to file just a single return every month, except small taxpayers and a few exceptions. Those with no purchases, no output tax liability and no ITC in any quarter of the Financial Year will have to file only one ‘NIL’ return for the entire quarter, while taxpayers having turnover of up to ₹ 5 crores in the previous fiscal can file quarterly return with monthly payment of taxes on self-declaration basis.

According to Government officials have clarified that the new simplified GST Return form is now completely ready and once the new Government takes over, could be launched by July 2019. The format was first expected to be implemented by January 2019 itself and then on a  fast-track process in April 2019, but the switch reportedly got delayed because the back-end, the GST network (GSTN), was yet not ready for it. It was also speculated that the new format was actually deferred on the Centre’s concerns that any glitches in the rollout close to the general elections could unjustifiably bring out huge public disagreements and fan anti-supporters sentiments.

But with the election movements going to stop next week, the stage seems set for the launch of the single monthly return system, which addresses complaints every now and then regarding difficulties in filing multiple returns as well as the higher cost of compliance.

The present three-stage plan reportedly envisages a six-month transition phase where businesses would continue to file two monthly returns i.e. GSTR 1 and GSTR 3B. But after this, they would move to a single filing on a new form. Sources told that July will see a trial run of this second phase. For consumer-facing businesses, the new simplified form would be about total sales while for B2B businesses, the form would contain invoice details. And the third phase will involve invoice matching.

The introduction of these new forms will reduce the annual compliance burden of traders from 24 GST returns (GSTRs) to just 12, apart from one return for the entire Financial Year. This is highly expected to benefit small and medium enterprises to be GST compliant. In fact, traders technically have to file 36 returns currently but the second form, GSTR 2, is not filed by the majority.

The mechanism of the new Return forms should help the industry as a multiplicity of filings is avoided, with a single monthly return in place. However, it also means that greater control is required to be exercised on vendor’s compliances as [after a transition period] input credit will be limited to the extent of GST amount reflected on the portal. The reconciliation between the purchase records of a company and that reported by the vendor would need to be performed on a regular basis and can’t be the year-end activity. Whereas, the government, on the other hand, is expecting a significant reduction in tax leakage once the new mechanism gets fully implemented.

Experts also point out that the idea of single return would not only allow the trader to verify, before filing the returns, whether the vendor has uploaded the invoices but also will address the issue of mismatch in the data reported to the authorities. Significantly, the new format would ensure that a very large part of the return has been filled automatically on the basis of invoices uploaded by the purchaser and the seller, thereby making the entire process more convenient. Moreover, the single return format is expected to bolster the tax authorities’ efforts to curb evasion and detect false/wrong claims.