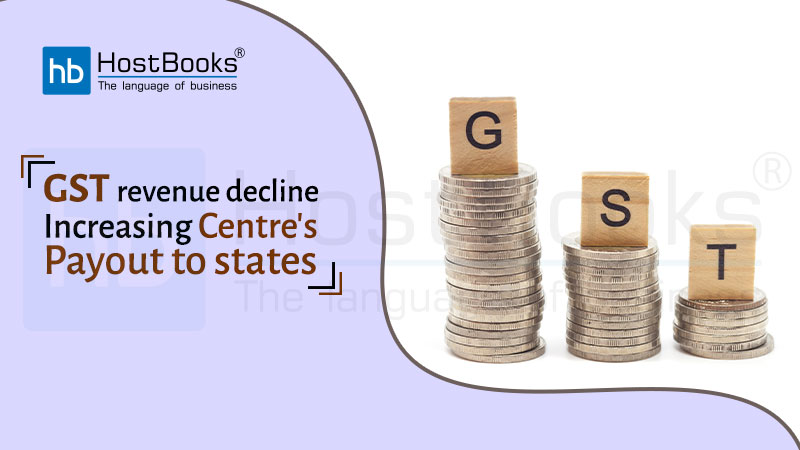 The decline in Goods and Services Tax (GST) mop-up has significantly increased the compensation that the central government pays to states for revenue loss on account of the nation-wide implementation of the indirect tax. According to a report issued by the Parliamentary Standing Committee on Finance, the Centre paid ₹45,745 Crore in compensation to states in April-July this year, a 143% increase over the ₹18,829 Crore paid in the same period last year.

Compensation to states for five years

With the introduction of GST in 2017, the Centre, through the constitutional amendment and GST (Compensation to States) Act, 2017, had assured states to compensate for a period of five years on account of revenue lost due to the implementation of the indirect tax. The compensation is to bridge the gap between the actual state indirect tax collection via state GST and integrated GST (IGST) and an assured 14% annual increase over 2015-16 revenue collection of the state through indirect taxes. The compensation is paid bi-monthly from funds that the Centre collects through the levy of compensation cess on sin goods.

The total GST compensation paid by Centre to states was ₹17,789 Crore in April-May 2019, and ₹27,956 Crore in June-July 2019, showing a year-on-year increase of 356% and 87% respectively. This reveals that states’ GST mop-up via state GST and IGST is low, leading to lower overall GST collections and hence the much higher compensation paid by the Centre in comparison to the previous year.

Although the compensation to be paid for Aug-Sep and Oct-Nov has not been disclosed yet, given the decline in GST revenue collection and states being promised 14% more revenue over the previous year, the compensation for this period, too, is likely to be higher than last year’s ₹27,615 Crore paid in August-November 2018.