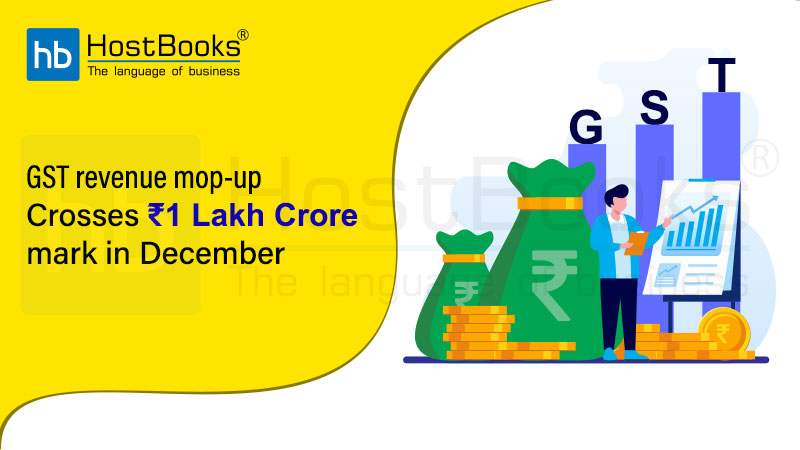 After contracting for two consecutive months in September and October, Goods and Services Tax (GST) revenue mop-up in December crossed the ₹1 Lakh Crore mark, growing 8.9% on a year-on-year basis. The GST revenue in November too had topped ₹1 Lakh Crore, but revenue figures of December were keenly watched since the November collections were largely attributed to higher festive sales.

The GST collection in December still fell short of the target set by the finance ministry of ₹1.1 trillion for the last four months of the current financial year. However, the latest figures indicate the stabilization of revenue collection, thanks to anti-evasion measures taken by the government. The average GST revenue for the first nine months of this fiscal, April-December, stands at ₹1,00,928 Crore, 4.3% higher than the average of ₹96,782 Crore in the same period in 2018-19.

The total of 81.21 Lakh GSTR 3B returns (monthly summary returns) were filed for the month of November up to 31st December 2019, 4.3% more than 77.83 Lakh in November. GST collection on domestic transactions showed an impressive growth of 16% over the revenue during the month of December 2018, highest during the year. GST collection on imports continued to witness a negative growth of 10%, as against a fall of 13% in November and 20% in the month of October, indicating persistent weakness in domestic demand and production.