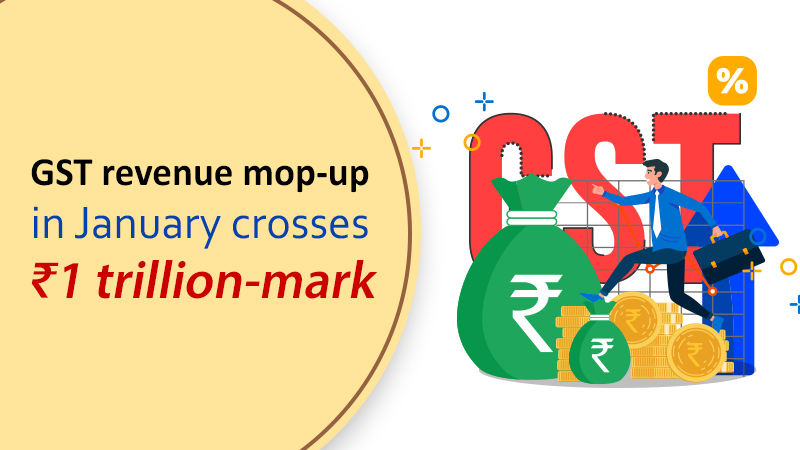 Goods and Services Tax (GST) revenue mop-up in January has crossed the ₹1 trillion-mark for the third month in a row thanks to the anti-evasion measures taken by tax officers. Since the implementation of the new indirect tax regime in 2017, this is the second time that the monthly revenues have crossed ₹1.1 trillion.

The number of GSTR 3B returns filed for the month of December up to 31st January 2020 was 83 lakh. As part of the regular settlement, the government has settled ₹24,730 Crore to CGST and ₹18,199 Crore to SGST from IGST. After the regular settlement, the total revenue earned by the Central and the State governments is ₹45,674 Crore for CGST and ₹46,433 Crore for SGST in the month of January 2020.