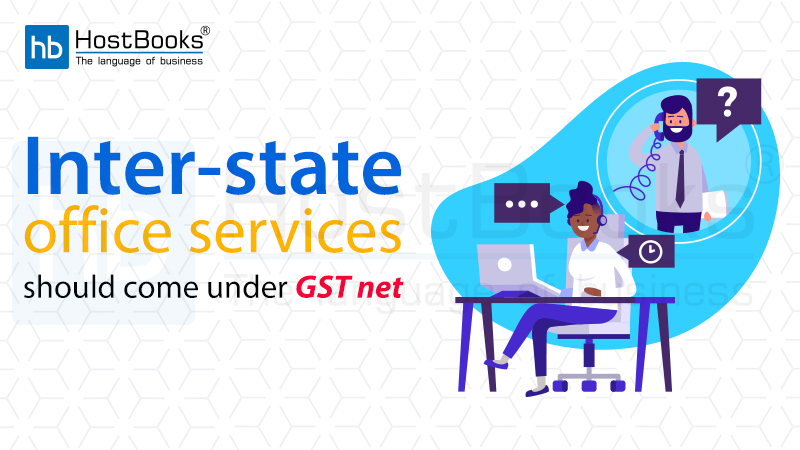 The government is ready to make it clear that services provided by an office of an organization in one state to another office in another state will face Goods and Services Tax. According to a Govt. official, a circular to this effect, endorsed by the GST Council, will be shortly issued. This is in line with the view taken by Karnataka Authority for Advance Rulings (AAR) that in-house functions such as human resources and payrolls if carried out from a center in one state for offices in other states, shall have to deal with GST, for which invoice needs to be issued. The circular follows representations from the industry, seeking clarification on the taxability of activities performed by an office of an organization in one state to the office of the same organization in another state, regarded as distinguished persons under the GST law and treated as supply of services between distinct individuals.

The law committee under the GST Council has sought to clarify via the circular the issues dealing with distribution of ITC in respect of input services provided by the head office, but attributable to head office or various branch offices, treatment of expenses incurred by the head office on the procurement, distribution and management of common input services, treatment of services provided by the head office such as common administration or common IT maintenance to its branch officers and their valuation. The circular, which is currently in the form of frequently asked questions, will lay down as to how the ITC will be distributed between head office and branch officers as also that value of service remains equal to employee cost and establishment cost of supplying that service.

Expenses will be apportioned using valuation principles laid down under the GST Law and generally accepted accounting principles. Experts said the Govt. needs to treat employee of a company as an employee of a single company irrespective of their location. According to Mr. Harpreet Singh, partner at KPMG in India “It would be good if the government also looks at the intent behind the transactions and adopts a pragmatic approach to recognize that an employee is an employee of an organization as a whole and not of any particular location, hence there may not need to cross charge the salary costs between head office and branch office transactions” Experts also said the issue of cross charge is leading to huge confusion on the ground and avoidable paperwork.

According to Mr. Pratik Jain, the national leader at indirect taxes at PwC “In most cases, it’s a revenue neutral exercise except where the output is either exempt or not within GST, where GST charged becomes a cost.” The Govt. should ideally make it optional where Input Tax is getting blocked in a particular state, Mr. Jain said, adding that employee salary should not be included as an employee is of an organization and not of a particular state or branch.

The ambiguity over whether central administrative services provided by employees located at one location would tantamount to services being provided one location to another under the GST administration has led to litigations. AAR, in a case pertaining to Columbia Asia Hospitals, had said such activities would qualify as a service provided by head office to other locations and hence companies are required to be cross charged and levy GST on the same. The matter has now been admitted in the Karnataka High Court and a legal notice has also been issued to the government.