GST Collections to Fall Short of ₹ 40,000 Crore from Expectation 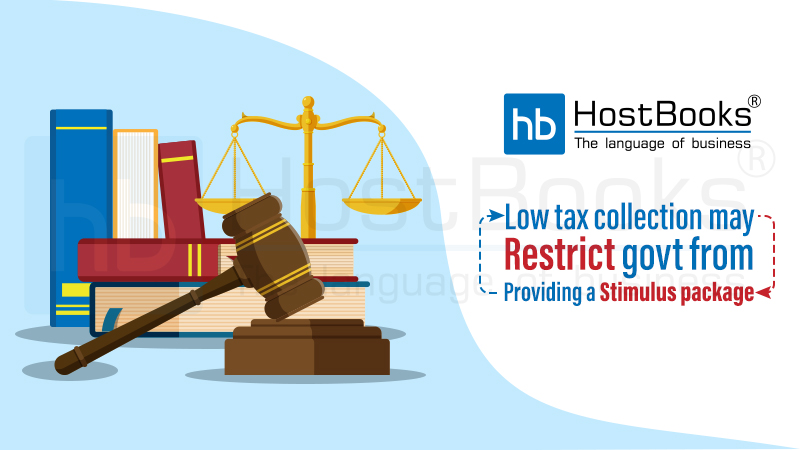 The slow growth in the net direct tax collections so far in this fiscal may limit the government from providing a fiscal stimulus to the failing economy. The ongoing economic slowdown had a negative impact on direct tax collections, which grew by only 5% between April 1 and September 15, in comparison to 17.3% during the same time last year.

The overall revenue is expected to be hit harder by lower collections in both direct tax and GST, making it difficult for the government to achieve the annual fiscal deficit target. In the first four months of this financial year 2019-20, the fiscal deficit has already touched 77% of the annual target. Further, the net direct tax collection till September 15 has remained ₹ 5.5 lakh Crore. This means that the tax authorities will have to collect ₹ 7.85 lakh Crore in the next six-and-a-half months to meet the annual target.

Although the government has been trying to steer multiple sectors of the economy out of the slowdown by injecting liquidity, increased constraint to keep the overall revenue deficit limited could make it tougher for the government to provide any more fiscal packages. Some of the initiatives taken by the government to provide fiscal and liquidity support to various sectors include recapitalization of banks with ₹ 70,000 Crore and offering additional liquidity support of ₹ 30,000 Crore to housing finance companies.

However, offering any more such fiscal stimuli can make the fiscal health far worse than the current scenario. In an open letter addressing the Finance Minister Nirmala Sitharaman, former RBI Governor Duvvuri Subbarao suggested that the government should restrict itself from providing any further fiscal stimulus as borrowing to meet current expenditure will be unmanageable for the long term.