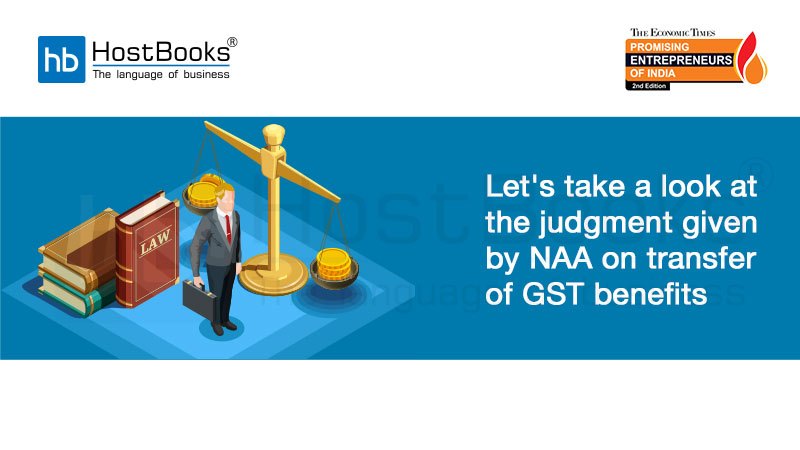 It noted that Respondent was charging GST at 12% in terms of Notification No. 1/2017 dated June 28, 2017, on the supply of products covered under HSN Code 21069099. The products were sold in a unit container using an unregistered brand name whereas an affidavit was filed on November 24, 2017, with authorities foregoing his actionable claim or enforceable rights on his brand name, voluntarily.

On examining invoices, NAA said that Respondent increased its base prices despite a reduction in tax rate from 12% to NIL vide Notification dated October 13, 2017, and charged GST at 5% although no GST was to be charged because Respondent had foregone his claim on his brand name.

NAA stated that Respondent failed to pass on the benefit of tax rate reduction inspite of getting his brand registered on December 29, 2017, again, and started paying GST at 12% w.e.f. January 1, 2018. And he also sought permission to remit profiteered amount in 3 installments.

It rejected Respondent’s plea that changes bought about in the rate of tax were neither communicated to him by local GST officers nor any Trade Notice or Press Release. NAA remarked that “ordinary consumers cannot be denied the benefit of tax reduction, granted by both the Central and the State Govt. out of their own tax revenue, due to the ignorance of the Respondent”.

Additionally, it rejected Respondent’s plea that it was difficult to alter MRPs printed on packets. Prices could not have been reduced after-tax reduction due to stiff competition from other exempted and compounding manufacturers. The NAA explained that benefit has been precisely computed by DGAP and can be relied upon. It directed Respondent to deposit profiteered amount along with 18% interest in Central Consumer Welfare Fund (CWF) and Kerala State CWF within 3 months, and also imposes a penalty under Rule 133(3) of CGST Rules, 2017.

The order was passed by Shri. B.N. Sharma (Chairman) along with Shri. J.C. Chauhan, Smt. R. Bhagyadevi and Shri. Amand Shah. Mr. Rana Ashok Rajneesh appeared on behalf of the applicant while the Respondent was represented by Ronak Radhakrishna Pillai and Mr. Fernald Fernandez.