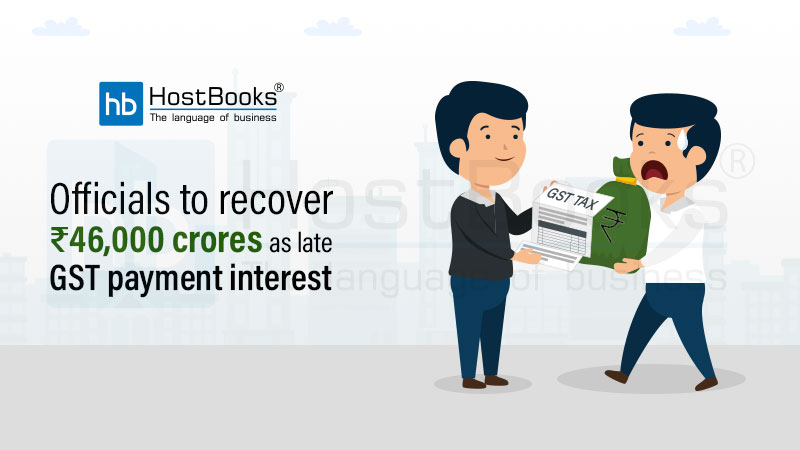 The Central Board of Indirect Taxes and Customs (CBIC) has asked tax officials to collect almost ₹46,000 crores as interest on account of delayed GST payment. However, experts feel this action could lead to widespread tax litigations and inconvenience for taxpayers.

All taxpayers registered under Goods and Services Tax (GST), except those with a turnover of up to ₹1.5 crores and who have opted for the composition scheme, are required to file two monthly returns – GSTR 1 containing details of outward supplies and GSTR 3B for actual tax payment. The due date of GSTR 1 is 11th of the following month and GSTR 3B is 20th.

There have been several instances where taxpayers filed their GSTR 3B after the due date without paying the interest on the delayed payment. In a letter to the Principal Chief Commissioners and Chief Commissioner, AK Pandey, Special Secretary and Member of the indirect tax body said that according to the law, the taxpayer has to assess and pay the interest on delayed GST payment. He added that the interest payment on such tax payment can be recovered through various methods.

₹45,996 crores to be recovered as interest amount

The Principal Additional Director General (Systems) in the Tax Department generated and shared the GSTIN-wise list of the taxpayers who have not paid the due interest on delayed filing of GSTR 3B returns. According to the letter, the total interest amount that needs to be recovered is ₹45,996 crores. Now, the process to recover this interest amount has been initiated.

In the letter, the indirect tax body requested the key officials to look into the matter personally and “to urge the field formations under your jurisdiction for making recovery of applicable interest from the identified taxpayers.” The tax officials have also been asked to update about the recovery made on a weekly basis.