Small taxpayers might be waived off of filing annual returns

Possibility of the GST Shortfall Grows 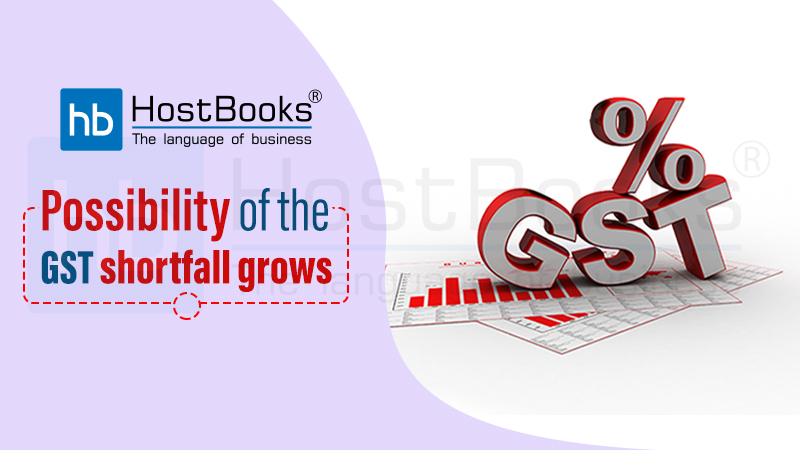 Considering the lower than expected mop-up so far, the finance ministry fears a shortfall of ₹ 50,000 Crore in GST collections during this financial year. The auto industry is experiencing the worst monthly fall in sales in August and demanding a cut in the tax rate. The 37th GST Council meeting is to be held in Goa next week, during which the auto sector is expecting for some relief.

In August, the vehicles sales crashed to a 22-year low which led to unprecedented shutdowns and layoffs causing 3.5 Lakh workers to lose their jobs since April. Ahead of the festive season, the auto sector has been raising its pitch for the rates to be cut to 18% from 28% which can lead to the increase in demand. Currently, automobiles attract the highest GST rate of 28%, apart from a cess.

Going by the current trend, the assessment by the ministry points to a shortfall of about ₹ 50,000 Crore. The shortfall could widen further if the council decides to cut the rates. However, the increased consumption and sales trend on the festive season could lead to economic growth and the expected tax collection.

The fitment committee, which comprises of officials of the GST Council, has estimated that the GST rate cut would result in an annual revenue shortfall of ₹ 50,000 Crore, while some of the states are opposed to any kind of rate cut. The sources have indicated that any decision to cut the rates in the next GST Council meeting to be held on September 20 in Goa would be a political one. In addition, the projected revenue shortfall could get world if the economic sentiments do not see any improvement by the second half of the financial year.

The GST collection in August stood at ₹ 98,202 Crore which was below the ₹ 1 lakh Crore-mark and much less than the required monthly collection of around ₹ 1.10 lakh Crore, in order to meet the budget target.