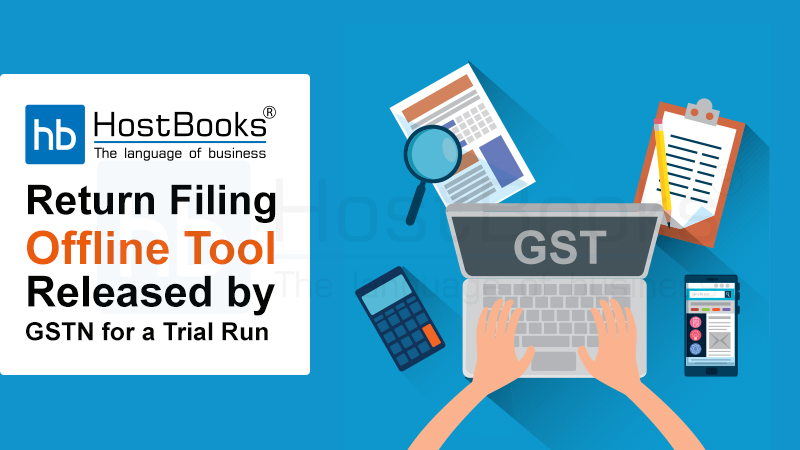 GSTN, the IT system of the GST portal, has proposed to replace the existing return filing system with the New Return format. As per the new proposed system, a taxpayer will have to file FORM GST RET-1 (Normal) or FORM GST RET-2 (Sahaj) or FORM GST RET-3 (Sugam) on either monthly or quarterly basis. On Tuesday, Goods and Services Tax Network (GSTN) released a trial version of New Return Offline Tool. The offline tool can be used to prepare Annexure of Supplies (ANX-1), take action in Annexure of Inward Supplies (ANX-2), and match ANX-2 with purchase register.

The goal behind this release is to familiarize stakeholders with tools functionalities and also get feedbacks/suggestions to further improve the offline tool. All taxpayers are welcomed to try out the trial version and share their feedbacks for improvements before it is launched to the general public. The GST ANX-1 will contain the details of outward supplies, whereas GST ANX-2 will consist of all the inward supplies auto-populated mainly from the supplier’s GST ANX-1. Besides, it will also contain details auto-populated from FORM GSTR-5 and FORM GSTR-6.

What are the major elements of the Offline Tool?

The New Return Offline Tool has three major components which are mentioned below.

What are the features available in the trial version of the offline tool?

The taxpayer will also have the ability to take action of inward supplies either by accepting or rejecting the entries.