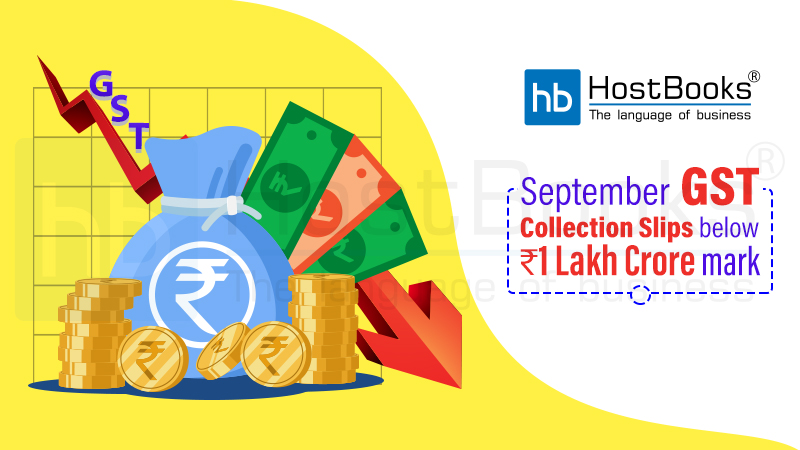 The Goods and Services Tax (GST) collection in September has dropped to a 19-month low at ₹91,916 Crore, according to the data released by the government on Tuesday. For the second consecutive month, the collection did not meet the target and also dropped below ₹1 Lakh Crore mark. In the previous month of August, the collection stood at ₹98,202 Crore.

Amidst the economic slowdown due to shrinking consumer demand, this month’s collection has been the lowest in 19 months. This makes it challenging for the government to meet its revenue target as growth during the first half of the current fiscal is estimated to be 2.9% compared to the annual target of 13%.

The official statement released by the Ministry of Finance added that as part of the regular settlement, the government has settled ₹21,131 Crore to CGST and ₹15,121 Crore to SGST from IGST. After the settlement, the total revenue earned by the Central Government and the State Governments in the month of September stood at ₹37,761 Crore for CGST and ₹37,719 Crore for the SGST.

As Integrated GST (IGST) slipped below 10%, the weak import is seen as one of the main reasons for the decline in revenue collection. It can also have an impact on the overall economy because of the lower consumption of capital goods and raw material across the country. This could further put pressure on the fiscal position of both states and the Centre.