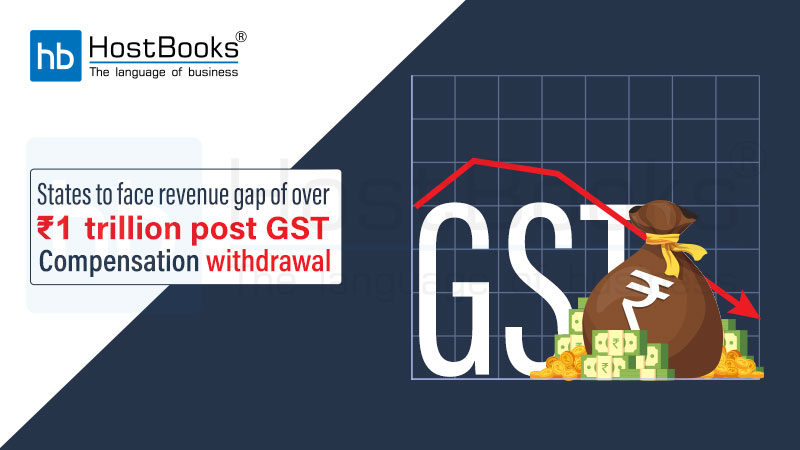 A report published by the economic think tank NIPFP says that the states might be facing a shortage of up to ₹1.23 Lakh Crore in consolidated revenue on account of the withdrawal of compensation by the central government after the five-year Goods and Services Tax (GST) transition period which ends on June 30, 2022.

At the time of the implementation of GST on July 1, 2017, the Centre had promised states of compensation for loss of revenue for five years at an agreed formula. The report said, “If the GST compensation is withdrawn after June 30, 2022, consolidated revenue gap of states would vary between ₹1,00,700 Crore to ₹1,23,646 Crore depending on expected tax buoyancy and reliability of data sources.”

The report added, “This implies that states will need to either generate an equivalent amount of revenue from existing sources to continue with committed expenditures and/or cut down expenditures to cope up with revenue shock in 2022-23.” The delay in the release of GST compensation has become a bone of contention between the Union and state governments amidst the ongoing shortfall in overall GST collection as well as rising revenue gap between GST compensation requirement and GST compensation cess mobilization.

Major and minor states finances to have a significant impact

According to the report, among other major states, states finances of Punjab, Odisha, Goa, Chhattisgarh, and Karnataka will see a significant impact due to the withdrawal of GST compensation and fall in overall State Goods and Services Tax (SGST) collection. On the other hand, among minor states, substantial revenue gap is expected for Himachal Pradesh, Meghalaya, Tripura, and Uttarakhand.

Many states have even approached the 15th Finance Commission for the possible extension of the GST compensation period by another three years, i.e. up to 2024-25, especially given the ongoing decline in GST collection and the uncertainty associated with revenue on account of SGST collection.

The report noted that even if the GST compensation period is extended beyond June 30, 2022, the Centre might not have adequate fiscal space to provide compensation to states at the current annual growth rate of 14%, unless either tax buoyancy and/or nominal GST growth rate improves.