Paying Taxes Outside The Country? Indian Residents Can Now Claim a Credit 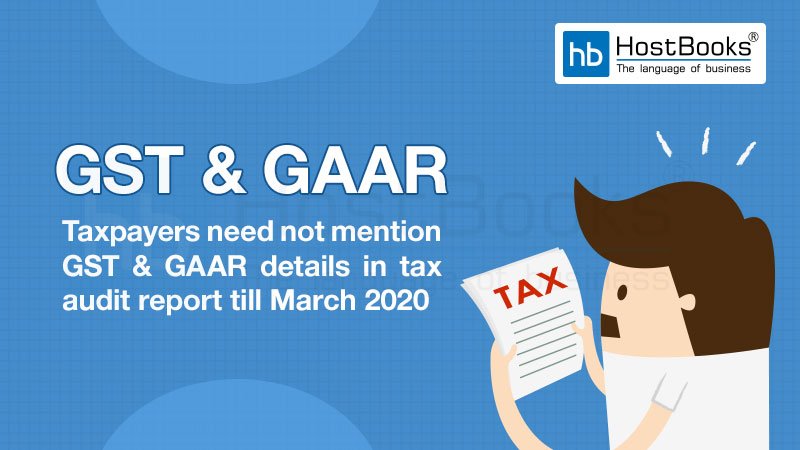 The inclusion of GST and GAAR (General Anti-Avoidance Rules) details in the tax audit report has been kept in abeyance till March 31, 2020, by the Income Tax department. This has happened for the second time. The move is applicable to business entities having a turnover of more than Rs 1 crore (or Rs 2 crores if they have opted for presumptive taxation) and professionals with gross receipts of more than Rs 50 lakhs.

The due date for the filing is September 30 and if the taxpayer is covered by transfer pricing provisions, the due date is November 30. The Central Board of Direct Taxes (CBDT) in an order issued on Tuesday, said the Board has received representations that implementation of reporting requirements under clause 30C (pertaining to GAAR) and clause 44 (pertaining to GST compliance) of the Form No 3CD may be deferred further. “The matter has been examined and it has been decided by the Board that the reporting under clause 30C and clause 44 of the Tax Audit Report shall be kept in abeyance till March 31, 2020,” the CBDT said.

In July 2018, the I-T department had changed the tax audit form – 3CD, seeking details under GST as well as GAAR, which seeks to prevent companies from routing transactions through other countries to avoid taxes. These changes were supposed to come into effect from August 20, 2018.