Last Date for Employers to Issue Form 16 Extended by CBDT 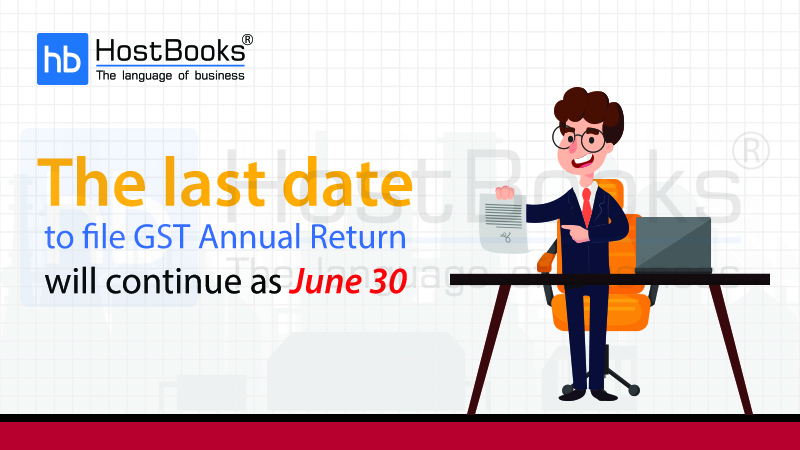 The Union Finance Ministry, on Tuesday, issued a detailed clarification on the GST annual return filing. The last date to file returns will remain June 30.

The GST assessees must keep in mind the following important points while filing the return:

3. Particulars of the transactions for FY 2017-18 declared in returns from April 2018 to March 2019 shall be declared in Pt. V of FORM GSTR-9. Such particulars may contain details of amendments furnished in Table 10 and Table 11 of FORM GSTR-1.

4. It may be noted that irrespective of when the supply was declared in FORM GSTR-1, the principle of declaring a supply in Pt. II or Pt. V is essentially driven by when tax was paid through FORM GSTR-3B in respect of such supplies.

5. Any additional outward supply which was not declared by the registered person in FORM GSTR-1 and FORM GSTR-3B shall be declared in Pt. II of the FORM GSTR-9. Such additional liability shall be computed in Pt. IV and the gap between the “tax payable” and “Paid through cash” column of FORM GSTR-9 shall be paid through FORM DRC-03.

6. Many taxpayers have reported a mismatch between auto-populated data and the actual entry in their books of accounts or returns.

One common challenge that they are facing is in Table 4 of FORM GSTR-9.  Details may have been missed in FORM GSTR-1, but the tax was already paid in FORM GSTR-3B and there is a mismatch between auto-populated data and data in FORM GSTR-3B.

Auto-population functionality is provided to taxpayers for facilitation purposes, taxpayers shall report the data as per their books of account or returns filed during the financial year.

7. Many taxpayers have represented that Table 8 has no row to fill in a credit of IGST paid at the time of import of goods but availed in the return of April 2018 to March 2019.

This indicates that ITC that was availed from April 2018 to March 2019 but not reported in the annual return may lapse. Hence, the taxpayers are advised to fill in their entire credit availed on import of goods from July 2017 to March 2019 in Table 6(E) of FORM GSTR-9 itself.

8. Payments made through FORM DRC-03 for any supplies relating to the period from July 2017 to March 2018 will not be accounted for in FORM GSTR-9 but shall be reported during reconciliation in FORM GSTR-9C.

Since there won’t be any change in the return filing date, all the taxpayers need to file their Annual Return (FORM GSTR-9) at the earliest.