States ahead of Centre in meeting GST returns compliance 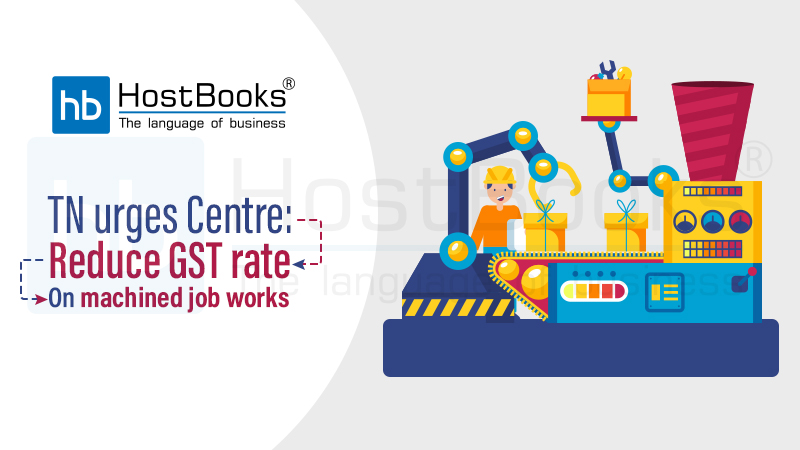 On Wednesday, Tamil Nadu Municipal Administration and Rural Development Minister S.P. Velumani urged Finance Minister Nirmala Sitharaman to reduce Goods and Services Tax (GST) on machined job order items from the existing 12% to 5%. In a memorandum submitted to the Union Finance Minister, Velumani said the rate cut would greatly benefit the majority of micro and small scale industries (MSSI). He also thanked the minister for taking efforts to reduce GST on such job works from 18% to 12% and reducing GST for wet grinders from 12% to 5%.

He further added that the rate cut has not benefited the MSSI much and urged the Centre to treat all machine job orders, where material input is not involved to be taxed, at the same level of 12% GST. To benefit MSSI, the government can further reduce it to five per cent, he said. The state government is also seeking immediate release of ₹2,029.22 Crore under the performance grant for 2017-18 to 2019-20 besides basic grant of ₹4,345.47 Crore due for the year 2019-20 for the Rural and Urban Local Bodies as recommended by the 14th Central Finance Commission.

The minister said that the funds would greatly benefit the State in settling various utility bills of the urban and local bodies, and also in providing the basic amenities including sanitation, street lights, water supply, waste management, etc. to the public. The release process might be speeded up as the schedule of the election is to be announced shortly in Tamil Nadu, Velumani added.

He assured that the State government would implement all the Rural and Urban Development schemes of Government of India “in letter and spirit and all the guidelines are scrupulously followed.” While thanking the Centre for releasing ₹1,608.03 Crore as 2nd installment of Basic Grant of 14th Finance Commission for 2018-19, the Minister said this helped the local bodies in discharging their basic duties and civic functions and also paved the way for providing quality services to the people of Tamil Nadu.