List of Major Changes made in the ITR Forms 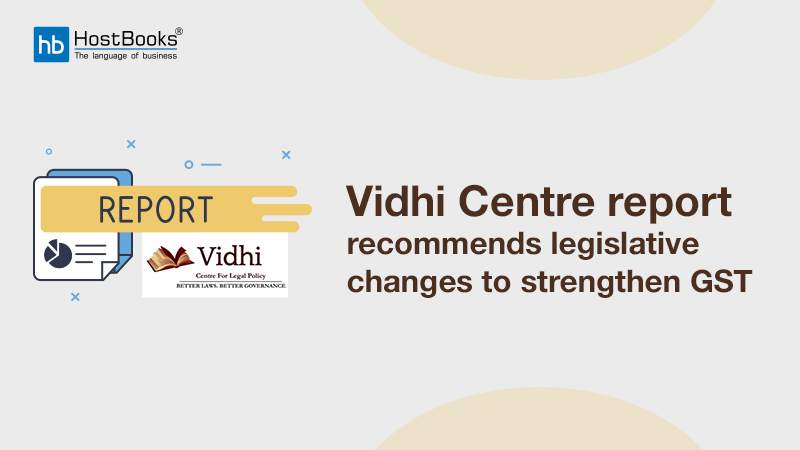 The launch of GST evoked an unprecedented range of emotions and eagerness about the legal and political schemes to transition to the GST regime. Given the paradigm shift that GST caused in the indirect tax framework, its implementation was expected to create turbulence. Nevertheless, there was a hope that it would provide a simpler, transparent and user-friendly tax regime.

Vidhi Centre for Legal Policy (VCLP), in a series of reports, seeks to analyze how GST has managed on the scale of taxpayer friendliness and whether there exists any scope to improve the regime. The first Report carries out an in-depth analysis of the dispute resolution mechanism and anti-profiteering measures adopted under GST law. Dividing the dispute resolution mechanism into the 3 sections viz. (i) Advance Rulings, (ii) Initiation of legal proceedings and (iii) Appeals provisions, the Report seeks to understand the objectives of each and examine the extent to which the objectives have been met.

The Report identifies issues in the AAR structure that act counter to the intention to provide taxpayers with certainty regarding the tax implications of their transactions. The Report also throws light on the lack of coordination between rulings passed across the various state by AARs, ambiguities in anti-profiteering scheme and issues in appeal mechanism. Stating that there is a reasonable expectation that the matters are heard and adjudicated upon after application of legal mind, the Report explains that “such expectation is violated if the judicial members on the bench are in minority and the system would fail to inspire taxpayers’ trust’.” The Report also analyzes 28 orders passed by NAA and identifies issues in the anti-profiteering scheme. The Report states that “the powers granted to the NAA need to be re-thought in light of the purpose behind its establishment as mentioned in the parent Act. … some of the powers envisaged under the Rules are excessive in light of the limited purpose for which the NAA was established.”