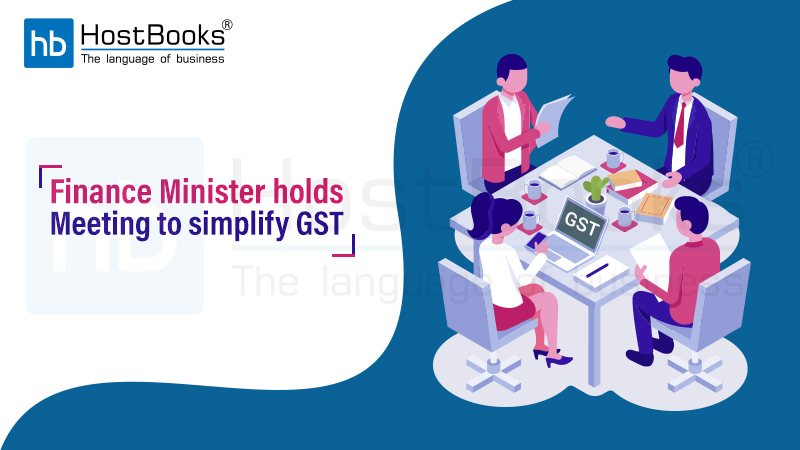 With a view to simplifying GST and making the filing process more user-friendly, Finance Minister Nirmala Sitharaman held a meeting with chartered accountants, traders and other stakeholders on Saturday.

In the meeting, the stakeholders tried filing specific returns in real-time to highlight the challenges they are facing during the filing process. The finance minister assured that the suggestions on GST return filing simplification offered by them will be taken into consideration.

She also suggested to carry out similar exercises in the entire country next month to understand the issues and concerns of GST taxpayers.

The commissioner of a circle will ask some of the assesses to file GST returns, inviting suggestions on how to simplify the filing process. Furthermore, GST being an evolving system, GSTN and CBIC will also interact regularly after December 7. Such interaction is mandatory for further improvisation.

New GST return is available on the portal for trial, consultations will be held all across the country on December 7 to get feedback on the new system. About 85,000 returns have been filed on a voluntary basis. The new form will become mandatory from April 1, 2020.

Some of the suggestions were with regard to change or amendment to entries in filing returns, credit and debit notes.

Revenue Secretary Ajay Bhushan Pandey said, overall the meeting was fruitful. In some cases they were not aware of the existing instructions, in other cases they pointed out to confusion and offered suggestions with regard to further easing the process. Some clarificatory circular would be issued wherever required and other suggestions would be implemented. However, no major issues were found in the basic filing of a return.