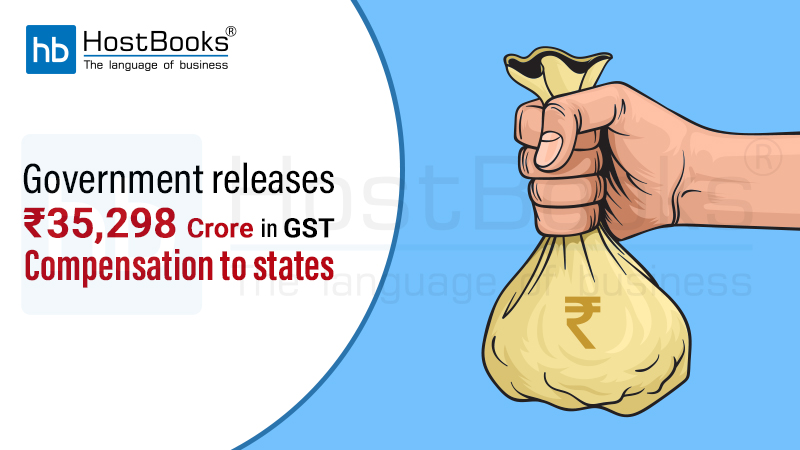 The central government released GST compensation of ₹35,298 Crore to states and union territories for the loss of revenue they have incurred due to the implementation of the Goods and Services Tax (GST). Some states had been complaining about the month-long delay in the release of GST compensation. The matter was likely to be taken up in the upcoming 38th GST Council meeting which is expected to take place on the 18th of December 2019.

With the roll-out of GST on July 1, 2017, states were promised, through legislation, to be compensated for the revenue loss because apart from the abolition of state taxes like the value-added tax (VAT), they also had their right to levy taxes being taken away. The compensation is met by levying a cess on top of GST rates on items such as automobiles and sin goods such as tobacco and aerated drinks.

The compensation amount was fixed at 14% on top of revenue in the base year of 2016-17 and was to be released after every two months. Between April and July, states had received compensation of ₹45,745 Crore – ₹17,789 Crore in April-May and ₹27,956 Crore in June-July – as per a report of the parliamentary standing committee on finance. The report said, “A budget provision of ₹101,200 Crore has been kept for the year 2019-20 to meet the expenditure on payment of compensation to states/UTs with legislatures.”

The release of payment comes as the GST Council is set to meet on 18th December and likely explore measures to boost revenue, including raising cess on some items, and consider ways to curb tax evasion. Speaking at a conference, Union Finance Minister Nirmala Sitharaman had assured states that the Centre will not “renege” on the promise of GST compensation and maintained that the government is committed to paying it.