Firms Can Raise Prices After Passing on GST Cuts 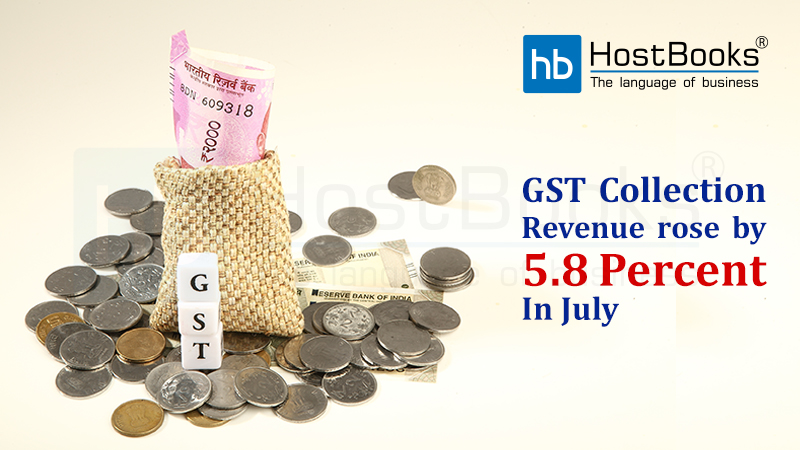 The gross GST revenue in July reached over Rs. 1.02 lakh crore regardless of the slowdown in industrial activity. The revenue during July 2019 showed the growth of 5.80% over the revenue in the same month last year which was Rs. 96,483 crore. According to the data released by the Ministry of Finance on Thursday, the revenue collection from GST had dropped below Rs. 1 lakh crore mark at Rs. 99,939 crores on June for the first time in the current fiscal year.

The total number of GSTR-3B Returns filed for the month of June up to 31st of July, 2019 totaled 75.79 lakh. The GSTR-3B Form is used to record the summary of outward supplies, input tax credit (ITC) claimed and net tax payable. According to the statement, Rs. 17,789 crore has been released to the states as GST compensation for April-May, 2019.

The revenue collection for both Central and State GST was lower in July compared to last month. The ministry also added that the domestic component has grown by 9.2% while the GST on imports has declined by 0.2%. The total collection for the period went up by 6.83%.

The government might have to take a tougher stance to stop tax evasion. Some of the effective measures might include data analysis, new effortless return formats, implementation of the proposed e-invoicing system, and mandatory e-ticketing for movie theaters. The improvements may also be needed to be made on tax compliance procedure.