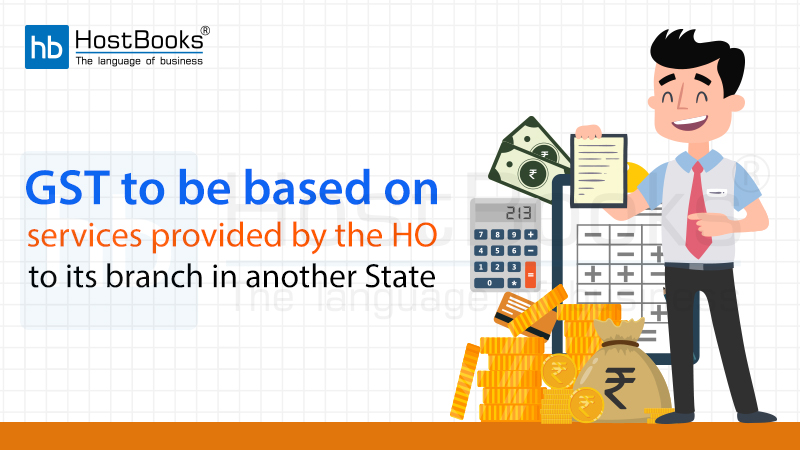 The Finance Ministry has framed a draft circular clarifying the taxability of services provided by head office, located in one State, to the branch office/offices located in another state/states. In technical terms, it is known as cross charges and the issue is how tax can be calculated in such cases.

According to the draft, which was circulated during the GST Council Meeting on June 21st, the Ministry said that it has received various representations seeking clarification on the taxability of activities performed by an office of an organization in one State to the office of that organization in another state.

In order to bring uniformity in the implementation of law across the nation, the draft circular has been issued.

The draft reiterated that where a taxpayer registered in different States is a distinct person, “an employee of a Head Office (who has been registered as a separate entity) does not provide any service to a Branch Office, rather the Head Office provides services to the Branch Office.”

With this, it gets clear that it is not just the salary of an employee sitting in the Head Office and providing services like accounting, IT, human resource, branch offices in other States that will attract 18% GST, but overall cost incurred by the Head Office in providing the service, which includes salary.

The draft said that there is a need to apportion expenses incurred by one office for the provision of output services to another office by any reasonable means “consistent with the principles of valuation in the GST law and generally accepted accounting principles”. Such apportionment or valuation of supply will be made on the basis of information maintained by the company in its normal working routine. There is no need for maintaining additional records for activities undertaken by individual employees.

According to this draft, the only exception to this principle would be the distribution of Input Tax Credit in respect of input services procured by one office and distributed to the others for which Input Service Distributor provisions apply as the taxpayer is expected to obtain ISD registration mandatorily. An ISD is a business which receives invoices for services used by its branches. It distributes the tax paid, to such branches on a proportional basis by issuing an ISD invoice. The branches can have different GSTINs but must have the same PAN as that of ISD.

According to Mr. Harpreet Singh, Partner at KPMG, while issuance of circular on transactions between Head Office and Branch Offices is a step in the right direction, it may not serve the intended purpose, where it is clarified that employee cost for activities like HR, admin, etc. also needs to be cross charged by HO to BO. Mr. Singh, said further “Issuance of circular on transactions between HO and BO clearly demonstrates that the Government is lending their ears to the industry and is serious about clarifying on all ambiguous issues.”