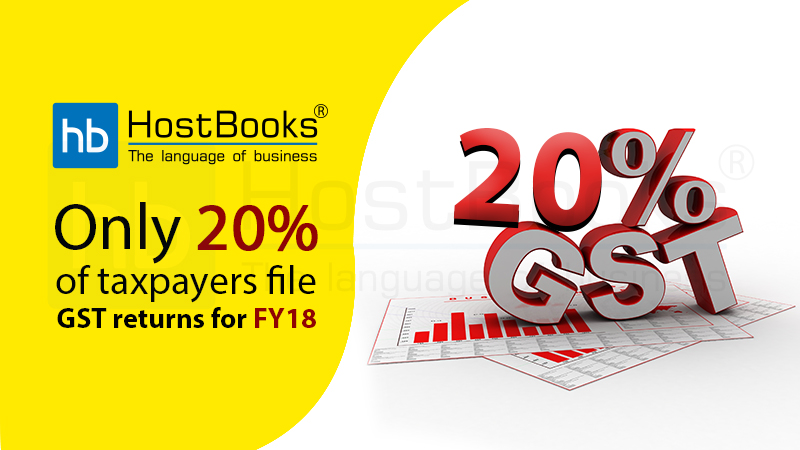 Source: The Times of India

Even after a year of the due date, out of an estimated 90 lakh taxpayers, only 19.3 lakh have filed their GSTR-9, GSTR-9A, and GSTR-9C forms. Regardless of extending deadlines on several occasions, by August 3, only around a fifth of the Goods and Services Tax (GST), payers have filed their returns. Although officials said that there has been some increase in recent days. An officer said, “There was a delay in putting in place the utilities and some clarity was needed. It is going up but not at the pace that we would like.”

In regards to the poor response, the Central Board of Indirect Taxes and Customs (CBIC) Chairman Pranab K Das have written a letter encouraging all top officials across the country. In his letter, the chairman instructed officials to initiate an outreach to taxpayers to help them in filing annual returns and reconciliation statements. The latest deadline for GST returns is set on August 31.

Businesses have been complaining about the compliance procedures being unmanageable which has prompted the government to rethink the monthly filing. Many of them are finding it difficult to reconcile data. Regarding this issue, a lawyer said, “If your business is spread in four states, you have four registrations, while the balance sheet is consolidated. So, you need to split things all over again. You can’t go by your monthly filings.”

Additionally, businesses with a turnover above Rs. 2 crore needs to be audited which many are yet to fulfill. Many claim the deadline for filing income tax returns, which is also set on August 31, as the reason for chartered accountants being unable to complete the audit.

In case of failure to file annual returns on time, a late fee of INR 200 per day needs to be paid during the period of failure. The maximum late fee has been fixed to 0.25% of the turnover of the financial year.